Home » Files » What is the .A6P File Extension?

What is the .A6P File Extension? 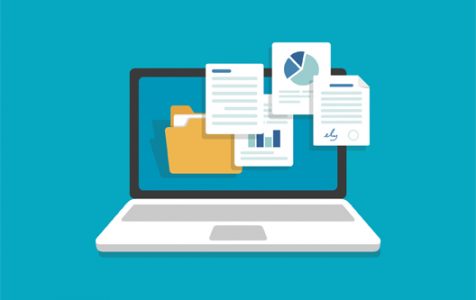 Not all files can be opened as easily as .mp3 or .mp4. Not everything can be viewed automatically after just a simple double-click. Some, when tried to be viewed, will even give you an error message like “This file does not have a program associated with it for performing this action,” whether you are using a Windows computer or Mac OS.

One of these files is A6P.

About the .a6p File Extension

Authorware was a Macromedia product before Macromedia was taken over by Adobe. It is a multimedia authoring program primarily designed for learning. Authorware allows users to create interactivity without the need to compose any scripts or do any programming. Among Authorware’s features is visual programming language, (i.e., it contains drag-and-drop icons you can use to create your application’s logical outline and menus to be used to add content). It also has built-in data tracking and supports all sorts of rich media. Authorware is also scriptable.

Can A6P Files Contain a Virus?

A6P files are binary executable files. They can be dangerous depending on where and how you got them. They are commonly used in viruses. So it is highly advisable that you download these files with extreme caution. Here are a few tips to remember:

As mentioned, A6P files cannot be opened as easily as other files. Sometimes, when you double-click on these files, you will get a prompt that says you need to select a program with which you can open the file. There are instances too where this prompt does not appear and you automatically get an error that says the file cannot be opened. This is the case both for Windows and macOS computers.

This is the program to use for both Windows and Mac OS. Previously Macromedia Authorware, Adobe Authorware is a commercial proprietary software released in 2003. It is primarily used to create media-rich applications that will help instructors teach students and employers train employees. To use Authorware, you begin by creating a flowchart-like flowline that outlines the structure of the program. After this, you can start adding your own content. Authorware is also good for beginners as it has a drag-and-drop icon feature that can be used to create an outline, so not much programming knowledge is required.

As of now, Authorware, with its latest version, the Authorware 7, is the main program used to open .a6p files. The program, however, was discontinued in 2007. Adobe only supported warranty until August of 2011.

That’s it about the .a6p file extension. The next time you encounter it, do not panic as it is a legitimate file extension that runs on the Authorware 6 program. You can open it with Authorware 6 itself or use Media Player Classic.

What other odd file extensions have you seen? Let us know in the comments!