Home » Files » What Is FileCoAuth.exe? 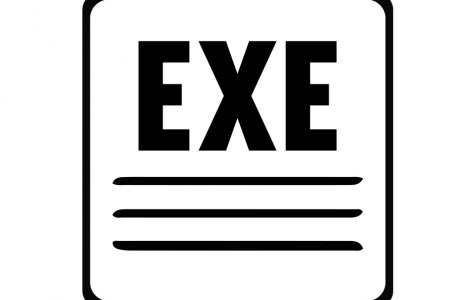 Considering that Microsoft created it, it’s safe to say that it’s a safe and important file that must not be deleted. Without it, certain functions of the Microsoft OneDrive software may not work properly.

Sad to say, creators of malware entities nowadays disguise threats in forms of legit Microsoft files. They rename it with real files that play a critical role in the Microsoft operating system environment, leaving users confused whether they’re dealing with viruses or not.

If you open Task Manager and notice that the FileCoAuth.exe process is consuming too much CPU or GPU resource, then it’s likely that a virus or malware entity is performing malicious acts in the background. The real FileCoAuth.exe file is known for not consuming so much system resource.

Another way to identify whether you’re dealing with a fake FileCoAuth.exe file is to check its location. The legit file is often found in the C:UsersUSERNAMEAppDataLocalMicrosoftOneDrive19.086.0502.0006 folder. To check the location, open Task Manager and navigate to the Columns field. Locate the FileCoAuth.exe process, right-click on it, and select Open File Location. If it takes you to the mentioned folder, then you don’t have to worry. Otherwise, take action and get rid of it.

Now, there are times when you encounter FileCoAuth.exe errors due to various factors, including malware and virus attacks. These errors usually show during runtime, which means they are triggered when Windows is booting up, or in some cases, when applications are launched.

Below are some of the most common errors associated with the FileCoAuth.exe file:

How to Fix FileCoAuth.exe Error Messages

Identifying the message that comes with the error is key to properly fixing FileCoAuth.exe-related problems. Once you’ve identified the error message, try any of the troubleshooting methods below in the recommended order.

System Restore is a built-in Windows utility that can be used to resolve issues with important system files.

If you have recently installed the Cisco VPN Client Fix on your device, try to uninstall it and check if it gets rid of the FileCoAuth.exe error.

To update Windows, refer to these simple steps:

If none of the three fixes has resolved the problem, try a more aggressive method. This involves replacing your FileCoAuth.exe file with a newer version. Make sure you download from a reputable source to avoid downloading a fake file.

To do so, you may use the in-built utility on Windows 10/11, which is Windows Defender, or you may choose to download and install a third-party antivirus suite. For better results, you can run a scan using both.

Launch Windows Defender or any antivirus suite of your choice. And then, perform a complete malware scan. Wait for the scan to complete and follow the recommended solutions to get rid of any threats found.

Fix #6: Remove the FileCoAuth.exe file from your device

Finally, you may choose to remove the FileCoAuth.exe file from your computer. Take note that we don’t recommend doing this, especially if you are not sure about whether or not the file is legit. But if you wish to proceed, do the following:

Hopefully, this article has taught you more about the FileCoAuth.exe file, the common errors associated with it, as well as ways to fix them. If you found this helpful, do not hesitate to share it on social media. You may also let us know your thoughts in the comments below.