Home » Anti-Malware » What is Oonn Ransomware? 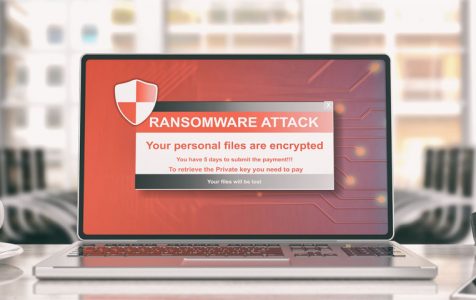 The first half of 2020 has seen a surge in ransomware attacks. As people continue to work from home, cybercriminals continue to find new ways to try accessing systems with weak or no security protocols and encrypt files for monetary gain.

Cybersecurity researchers have identified the Oonn malware as a notorious ransomware entity that was first spotted in August 2010. It is a product of the infamous Djvu ransomware family associated with 250+ other ransomware and viruses. Some of the known ransomware variants of the family include:

What Does Oonn Ransomware Do?

Oonn ransomware targets files on the system, such as:

During the encryption process, the Oonn ransomware modifies the encrypted files and adds a .oonn extension to ensure that you cannot open the file. For example, after modification, a file such a “1.jpg” will appear as “1.jpg.oonn”, “1.xls” becomes “1.xls.oonn”, and so forth.

After encrypting the files, Oonn ransomware drops a _readme.txt ransom note, which is the attackers’ notification information. The notification warns the victims that they need to pay a ransom of $490/$980 in bitcoin digital currency and gives them an email contact such as [email protected] or restorema[email protected] These email addresses will be used to reach them for file decryption.

Note: Do not contact the attackers or pay the ransom. You’re not sure if the decryption tool will work or if the attackers will plant more malware on your PC.

Under severe circumstances, the Oonn ransomware can permanently delete a user’s files or download other malware entities into the system to continue with its activities.

How Did Oon Ransomware Get into My Computer?

Like its predecessors, the Oonn ransomware is distributed through executables. Users can download the executables from dangerous sites such as torrents or spam emails containing infected attachments or links. The executables and links exploit a PC’s vulnerabilities and other system’s installed programs.

The Oonn ransomware can also be spread through other methods, such as:

Note: Despite these usual distribution methods, the Oonn ransomware is still infecting hundreds of users daily. The Djvu ransomware family releases new variants regularly and is currently the most prolific ransomware and crypto-malware on the internet.

How to Remove Oonn Ransomware

Oonn ransomware’s goal is not to corrupt the Windows system (but this might occur unintentionally) but to encrypt and lock files. It might self-delete like what other ransomware do after completing the data encryption.

However, you’ll still need to conduct a Oonn ransomware removal because:

To recover files encrypted by Oonn ransomware, you can:

Here is the guide to Oonn ransomware removal:

If you decide to try the manual Oonn ransomware removal process, you risk losing your files. Oon sometimes rejects third-party decryption tools. If it does, your files risk being permanently compromised. So, make sure you have a backup before you proceed with the removal process.

The algorithms used by the Oonn ransomware can bypass the function and features of ordinary antivirus software. You will need to use a quality anti-malware with capability to conduct a full system scan.

Besides identifying the Oonn ransomware, the anti-malware program will detect and remove other malware entities on the PC. If you’re lucky, the anti-malware may remove Oonn. Otherwise, its algorithms often beat normal malware removal.

To reboot your PC to Safemode with networking and restore your files:

The file decryption process may take some time. Wait until the process is complete. The decryptor tool will notify you when the procedure is completed.

Quality, third-party data restoration tools can help you restore and recover your data. Depending on the tool you choose, you need to conduct a full system scan and instruct it to recover all the encrypted files.

You don’t need to allow yourself to get to the point of having to restore your data. Although most ransomware attacks come without warning, some can be avoided. To avoid ransomware and other malware infections, maintain a clean computer, avoid dubious and torrenting sites, and most importantly, perform regular PC backups. You also need to ensure that your PC is always up to date and that you have active security software to protect your PC from malware.

If you’re running into errors and your system is suspiciously slow, your computer needs some maintenance work. Download Outbyte PC Repair for Windows or Outbyte Antivirus for Windows to resolve common computer performance issues.Fix computer troubles by downloading the compatible tool for your device.See more information about Outbyte and uninstall instructions. Please review EULA and Privacy Policy.