How to Deal With ‘Your Account Was Hacked’ Email 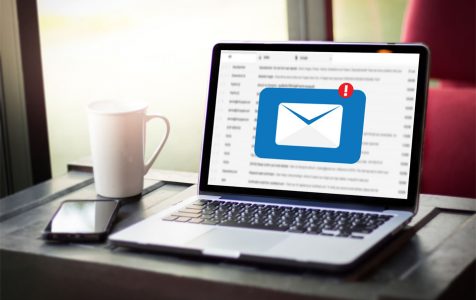 Scam emails are rampant, you’ve probably received your share of emails informing that you’ve won the lottery or that the sender received an inheritance that he or she wants to share with you. When you get this email, you already know that it’s spam. However, social engineering tactics, such as scam emails, have greatly evolved over the years. Right now, cybercriminals are now sending fake alerts or notifications about your account.

One of these fake alerts include the Your Account Was Hacked virus. This scam email was designed to trick the victim into believing that their account was breached and that the only way to prevent sensitive information from being exposed is by paying the ransom asked by the hacker. However, all of this is fake. Your account was never hacked and you don’t need to pay anything to protect your data. These cybercriminals only want you to believe that in order to extort money from you.

The problem with the Your Account Was Hacked scam email is that it is difficult to determine if it is actually true or not. And even if you think it’s fake, you don’t want to run the risk of having your data exposed just in case it is actually real. So what do you do when you get this type of email? This article will explain what the Your Account Was Hacked spam is and how you can protect yourself, as well as your data, against claims like these.

Your Account Was Hacked is one of the many scams emails used for social engineering attacks designed to trick users into giving money to the cybercriminals. In this campaign, scammers randomly send an email saying that the user’s computer has been infected with malicious software which allowed them to record a compromising or sensitive video using the user’s computer. Some emails claim that they have stolen the user’s personal information and other important data.

The main goal of this spam email is to convince the user into sending money to cybercriminals as hush money. It is somehow similar to ransomware, except that there is no actual malware or threat present on your computer. The scammers are just bluffing and scaring users, threatening to upload the video or make your personal information public if their demands are not met before the given deadline. When you get this kind of email, don’t hesitate to ignore or delete it. There is no video, no malware, no personal data stolen, and no threat.

There are several versions of the Your Account Was Hacked spam email, but the gist is essentially the same. Scammers claim that the user’s email account has been hacked and you might notice that the email comes from your own email address. To make this scam seem genuine, the hacker uses a spoofing method to forge email addresses that look the same as the recipient’s email address. Because of this, it seems as if the recipient of the email is the same as the sender.

Aside from this, cybercriminals also claim that a Trojan has been installed on the device to operate as a remote access tool. According to the email, the unwanted installation happened when the user visited an adult website. This malware allowed hackers to gain access to the user’s computer and webcam. This, allegedly, allowed them to record a video of the user watching adult movies or other NSFW activities. If you’ve never done any of those activities, then you’ll know immediately that this is a hoax. But if you’re guilty, the scammer’s threat of sending the video to your contacts can be really nerve-wracking.

Aside from recording videos, the scammers also claim that they have a copy of the user’s passwords, contacts, and other sensitive information. The cybercriminals then threaten to use the gathered data and proliferate the video unless the victim pays $1000 in Bitcoins using the Bitcoin wallet address provided. The payment has to be made within 48 hours, otherwise, they will make good of their threats.

However, you don’t have to worry because all their claims are fake. There is no video recorded, there is no malware installed by them, and they have no access to your personal information. Everything is a scam designed in the hope that some users will fall for it. If you get this email, you are probably just one of the thousands of others who also received it. Your best option is to ignore this email.

What to Do About the Remove Your Account Was Hacked Email?

If you get this email, there is nothing you need to do except to ignore it. The email wouldn’t bring you any harm unless you act on it. Do not reply to the email because you’ll only be inviting more trouble. The scammers will do their best to convince you that their threats are real and you need to pay up so that they won’t expose your not-so-wholesome activities.

Blocking the email address used for the spam email won’t do any good because the scammers will just need to create a new one and send you another email. If you don’t like seeing the email in your inbox, you can go ahead and delete it. However, most email service providers right now use smart algorithms to determine whether an email is a scam or not. So most often than not, emails like this go straight to the spam folder.

How to Stop Receiving Remove Your Account Was Hacked Email

The only reason that they were able to send you this email is that the cybercriminals saw your email address somewhere. They don’t even need to know your name, just your email address to send these spam emails to. You must have filled up a form somewhere, created a fake account, or provided your email address to a fake contest — these can all lead to your email being leaked to unsavory third-parties. It is also possible that other organizations sold them a list of email addresses that included yours.

To stop receiving spam emails, you need to control who has access to your email address. Don’t randomly sign up for freebies, raffles, or other contests that you see online. Avoid clicking suspicious links or downloading malicious attachments from your email to prevent malware from infecting your device and collecting your data. Most importantly, scan your computer regularly for possible threats that might compromise your personal data and privacy.