Spotify Lite Is Now Available for Android Users in 36 Countries 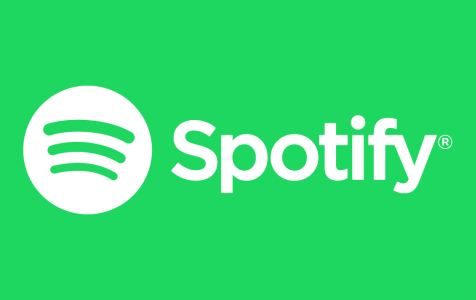 Spotify has never ceased to amaze its users with product updates and new features. And now, the world’s biggest song streaming platform wants to make queuing up your favorite song even more straightforward, irrespective of your phone’s storage capacity, battery level, and connectivity strength.

On July 9, the company released Spotify Lite, a slimmed-down version of its Android app. The new app is designed to work well on low-end devices and patchy or weak internet connections. Since Spotify now has a Lite version, we expect a new group of users, who may have been left out because of low storage, limited data plans, spotty connection, or older phones, to join the growing number of Spotify fans. Here is Spotify Lite in a nutshell:

Spotify has been testing a stripped-down version of its regular app since mid-2018. Apart from testing the usability of the app, the other purpose of the beta was to gauge user interest, which the company claims it was high. According to Spotify’s Senior Product Manager, Kalle Persson, the new app was built from the ground up after taking into account users’ feedback from around the world.

The app is now out of beta, and it is available to users. The only requirement to use this app is to have an Android phone that runs version 4.3 or higher. As Spotify Lite for Android launches, be sure to improve your phone’s performance by extending its battery life, removing junk and viruses on your system, and protecting your data with the help of an intuitive tool like android cleaning app.

The Difference Between Spotify and Spotify Lite

At first glance, you will hardly notice any difference between Spotify and Spotify Lite. The latter looks like a replica of the standard app, yet it only weighs 10 megabytes, which is almost a tenth the size of the existing app.

By default, the new release is set to stream music at the most basic quality, which the company says it should work out to about 0.5MB per tune on average. The good thing is that you can set the stream to Spotify’s highest quality standard, if you like.

Some nice-to-haves that you will miss from the Spotify Lite app include Spotify Connect, a cool AirPlay-esque service that allows you to beam songs via Wi-Fi to receivers, speakers, home theater systems, and set-top boxes. Also missing is Spotify’s high-quality volume level controls. The other notable difference between Spotify and Spotify Lite is the slightly simplified display of your playlists and saved songs in a section called Favorites.

Nips and tucks aside, the interface looks pretty much the same as the current Spotify app, but it has some new features that track your mobile data usage while streaming tunes. The app also allows you to set a limit on the amount of data you can permit the app to use.

According to the streaming platform, nearly 90% of the features on the regular app will still be available in Spotify Lite. The only features that were left out are the ones that are not critical to user experience.

With roughly 217 monthly active users and over 100 million paying subscribers, Spotify, by releasing the stripped-down version of its Android app, seeks to address some concerns raised by a chunk of its user-base, mainly from developing countries.

Spotify Lite is available for Android users in 36 markets across Latin America, Asia, Africa, and the Middle East, where a majority of people are just starting to come online. India is likely to be the key focus of this rollout. Spotify is already available in about 5 different languages in India.

The Swedish company went public last year, and so far, it has experienced a steady growth. Earlier this year, the company hit a 100-million mark in terms of the number of paying users.

According to initial data from the Google Play Store, Spotify Lite has already been downloaded by over 1 million times since its release. We expect the number to shoot up when the company rolls out and promotes Spotify Lite aggressively to all markets.

Although Spotify Lite will initially be available in only 36 countries, more markets and features will follow soon. The list of supported markets include Indonesia, India, Argentina, Brazil, Saudi Arabia, Egypt, Malaysia, the Philippines, Vietnam, Algeria, South Africa, Morocco, Chile, Uruguay, Paraguay, and United Arab Emirates, among other countries in these regions.

A spokesperson was quoted saying that the company has no immediate plans to introduce the Lite experience to the iOS platform. From a business and a customer experience viewpoint, this makes sense since most of the users who would benefit from the Lite experience are Android device users.

In a nutshell, the Spotify Lite app gives you more control over your data and storage. It also delivers the polished listening experience you would expect from a reputable streaming platform. So, if you don’t have unlimited data to play with or using an old Android phone, this app could be a Godsend. But if your handset already supports the regular app with no issues, there is no need to switch to the Spotify Lite app.

Irrespective of which version of the Spotify app you are using, you are likely to gain a lot from it if you know how to import Spotify songs to your Android device.

What are your thoughts on the new Spotify app? Share them with us in the comments.