Home » Windows » Windows Lite: Microsoft’s Secret Project to Give Chrome OS a Run for Its Money?

Windows Lite: Microsoft’s Secret Project to Give Chrome OS a Run for Its Money? 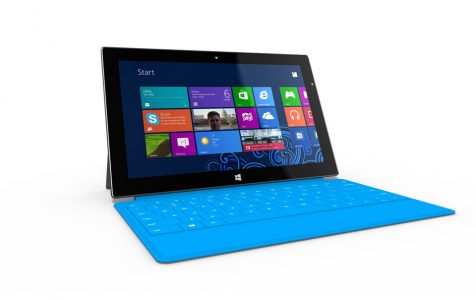 Could Microsoft Windows Lite be the ultimate pared-down version of Windows that will serve as the answer to Google’s successful Chrome OS software?

This is what a new Petri article seems to actually confirm: that the secret project is targeting Chromebooks based on documentation found in the latest insider builds. According to the report, Lite is likely a new Windows version “that may not actually be Windows” in a bid to achieve its aspirations.

Microsoft Windows Lite: What We Know So Far

Petri notes that Windows Lite will only run Progressive Web Apps (PWAs) and Universal Windows Platform (UWP) apps, stripping out all other functionality. The OS is poised to operate in a similar fashion to Windows 10/11 S, only that there will be no escape to a full Windows 10/11 experience as it allows only UWPs and PWAs to be installed and run.

It dubs Windows Lite as the first “truly lightweight version of Windows,” one not running in enterprise as well small business environments, and one you won’t be able to get to buy on its own. Not unlike Chrome OS, Windows Lite would have to be preinstalled by an OEM.

This iteration of Windows, the report adds, might also be the reason that Microsoft needed to kill off Windows 10/11 S. Windows Lite’s goal, after all, is to make things always on, always connected, super lightweight, and able to run on any kind of CPU.

It can be recalled that Microsoft has long been trying to tackle the burden of traditional Windows for years. The giant had Windows RT along with Windows 8, and then Windows 10/11 devices meant to be its official Chromebook killers.

While Microsoft previously tried to go down the same route with Windows 10/11 S, it largely failed due to the lack of substantial UWP apps from the Microsoft Store. This time, it might be heavily betting on PWAs in the face of the resurging popularity of non-native web apps. In a non-coincidence, Microsoft has been pushing for more PWAs to penetrate its app store.

Google initially announced the Chrome operating system in July 2009, while devices using it, called Chromebooks, began entering the market in 2011. Different Chrome OS versions had been released through the years.

Although Chrome OS was initially targeted toward netbooks, Google’s vision had gone beyond the netbook, with the OS surfacing as a real competitor to Windows and Mac operating systems.

Note, though, that Google doesn’t consider it a tablet OS; Android is its tablet OS since it’s built around a touchscreen interface while Chrome OS still harnesses a keyboard and mouse (or touchpad).

The philosophy behind Chrome OS is one of simplicity: it’s for computers used only to connect to the internet, usually to browse the Web, stream videos and music, and edit online documents. So rather than downloading and installing programs on this OS, you can simply run them in your Web browser and store them on the net via Chrome extensions.

No matter what old laptop or computer you’re using, be sure to always back up your files and keep your machine in tiptop shape by cleaning out junk files and properly diagnosing your system through a safe, intuitive PC repair tool.

The plan might be to disclose Windows Lite – or whatever it’s going to end up being called – at the Build 2019 developer conference. This, too, can still change.

At any rate, the unveiling is also speculated to double as a launch party for the Centaurus, the rumored dual-screen 2-in-1 to serve as a showpiece of the software. Centaurus is apparently a larger version of the long-rumored foldable Surface Phone, called Project Andromeda, which is yet to have a release timeframe.

What do you think about the next-generation Microsoft Windows Lite and its promising features? How do you think will it stack up against Chrome OS? Let us know your thoughts!