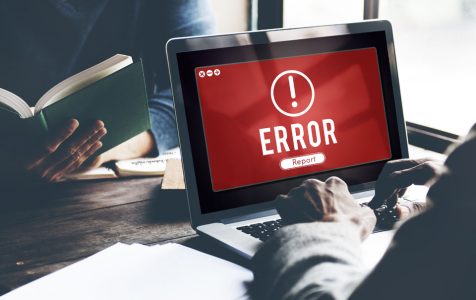 Windows 10 version 20H2 has been released in a phased manner. And as with other Windows builds, it’s also no stranger to problems and issues. If you are dead curious about what these issues are all about, then you have come to the right place. Here, we will enumerate some Windows 10 version 20H2 common issues that have been reported by users and recognized by Microsoft.

So, what are the known issues with Windows 10 version 20H2?

Although Microsoft claims that some of the problems have already been resolved, other users complained that things are still the same. Allow us to discuss these issues in more detail. Read on.

Have you used the Microsoft IME for Chinese and Japanese languages after installing Windows 10 version 20H2? Perhaps you’ve noticed some issues while trying to complete certain tasks. For instance, while entering data, you might not get the result you are expecting.

This problem is not just common for the average Windows 10/11 users. Those who are running the Server version of Microsoft may also come across it, so be vigilant.

If you are using a computer peripheral with Synaptics or Conexant audio drivers, it is likely that you will encounter problems that may be too frustrating to handle.

Based on reports and other user experiences, computer devices that use Synaptics or Conexant audio drivers may encounter BSOD stop errors due to system incompatibility. You will know if you are prone to this error by navigating to Device Manager > Sound, video, and game controllers. An affected device will usually be named Conexant HDAudio Driver.

As of this writing, Synaptics and Microsoft are already working on a fix. Both companies aim to make it available in the next release. Until then, Microsoft recommends not to update your PC.

Similar to the previous issue, PCs running peripherals with Conexant ISST audio drivers may encounter possible problems after installing Windows 10 version 20H2. Drivers that are at risk are often named Conexant HDAudio Driver or Conexant ISST Audio. Again, you can check this by navigating to Device Manager > Sound, video, and game controllers.

To fix the problem, your best option is to get in touch with the driver vendor and request an update. It would also help if you avoid updating your system to version 20H2 until the issue is resolved.

Planning to install a third-party device driver in the future? Then be extra vigilant as you may encounter errors if you install version 20H2. According to reports, this new Windows update may trigger the error message “Windows can’t verify the publisher of this driver software.” As a result, you may have a hard time installing device drivers.

Although you can always try to use a third-party device driver updater tool for installing a driver, your best and safest bet is to get in touch with the official driver vendor manufacturer and request for a fix. This is because this is already out of Microsoft’s control.

Interested in getting this latest Windows update? Don’t worry because you can do so in four easy steps.

So far, the known issues associated with the Windows 10 version 20H2 are not that bad. In fact, Microsoft is already working to release fixes for each of the known issues. Should you want to avoid problems on your end, you may always put on hold the installation of version 20H2 until it becomes stable enough.

Have you installed version 20H2 lately? What are your thoughts about this build? Feel free to share them in the comments.