What Happened to Microsoft Paint? 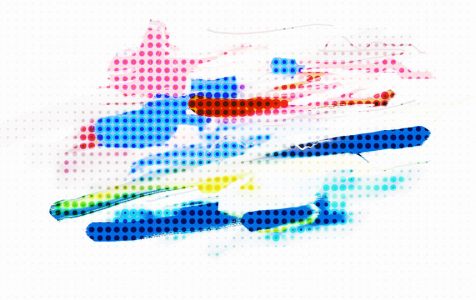 Microsoft Paint has been part of Windows for almost three decades. The tool is much-loved by customers because of its ease of use. It also comes with several cool features that allow users to create and modify graphics. In the last few years, MS Paint appeared to be on the chopping block, set to be depreciated in favor of the fancy Paint 3D.

Microsoft introduced MS Paint as part of Windows 1.0 in 1985. While the low-tech tool hasn’t improved much since that time, it has a huge fan base. So, you can imagine the frustration of sending all these artists to go elsewhere to work on their digital masterpieces. This is the exact scenario that users found themselves in 2 years ago when the company announced plans to evict MS Paint from Windows.

The move left many users asking, ‘What happened to Microsoft Paint?’ The healthy amount of outcry seems to have compelled Microsoft to reconsider its earlier plans. Not only will MS Paint stay in Windows, but it will also have new accessibility features.

According to the company, Microsoft Paint will get new features, which will become available with the release of the upcoming Windows 10/11 v1903 update. Through a blog post published in the Windows Insider, it is clear that Microsoft will add new accessibility features for Microsoft Paint. The main addition here is the introduction of the keyboard as the primary input mechanism.

MS Paint is already fully functional with multi-touch tablet input and mouse, but users will now be able to draw using their keyboards.

Besides the full keyboard input support, Microsoft Paint will also get new improvements in the way it interacts with Screen Readers, which might improve the overall user experience, especially for users with visibility challenges.

The new accessibility features of Microsoft Paint work with a combination of keyboard controls. In short, you can use the keyboard to draw in Microsoft Paint. Here are a few examples:

While closing the blog post, Microsoft’s LeBlanc promised general enhancement of the tool. He also invited users to suggest other ways to improve the app, indicating that the company is serious about making it more accessible and user-friendly.

You may wonder why anything is coming to MS Paint at this time when the company had already signaled that it was going to be replaced by Paint 3D. Even though Paint 3D has several cool features, the latest addition of accessibility features to Microsoft Paint is a clear indication that the company plans to keep the app for the long haul.

Additionally, Microsoft Paint is now part of the company’s raft of accessibility projects. If you have been following the developments within the Microsoft community, you will acknowledge that accessibility is one of the key areas that Microsoft has invested a lot of resources. The company is relying on accessibility as part of building the Chromium-based Edge browser.

Not long ago, Microsoft released the list of the 2019 winners of its AI projects. The company launched this initiative last year by funding leading research institutions and universities to develop accessibility solutions. One notable example where Microsoft efforts have won the hearts of users is the design of the Xbox Adaptive Controller, a gaming controller used by people with limited mobility.

We are happy that MS Paint is still sticking around. Not that Paint 3D is not as useful as MS Paint. In fact, Paint 3D is more appealing than MS Paint, but it is entirely something else. It can’t just replace the old tool that has been an iconic part of web culture.

Make sure to keep your computer in good condition using an intuitive PC repair tool. By the time the Microsoft releases its Windows 10/11 update, you should be ready to enjoy some creativity using the new accessibility features of Microsoft Paint without a hindrance.

As we wait for Microsoft to release the Windows 10/11 v1903, which will come with the newly updated Microsoft Paint, let us know what you think about Microsoft’s decision to return it to Windows 10/11.