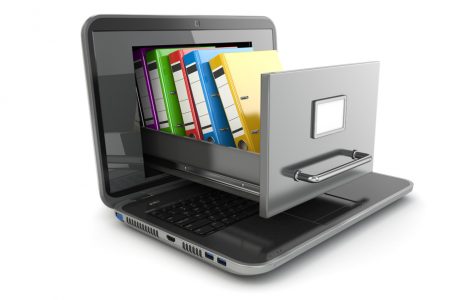 Contents hide
Why an SSD Can Fail?
How to Tell If Your SSD is Failing?
Corruption of System Files
Bad Blocks
Computer Crash
Read-Only Mode
Read or Write Malfunction
What to Do If Your SSD Is Failing?
Secure Data from a Failing SSD
Quick Fix

The computer industry is slowly but certainly moving away from Hard Disk Drives (HDDs) to Solid State Drives (SSDs). It is highly likely that the next generation of the two leading gaming consoles (PlayStation and Xbox) will also feature SSDs as the storage component in the replacement of traditional HDDs.

When it comes to physical specifications, SSDs and HDDs are quite similar. However, these two components handle data distinctly. Although each device comes with its list of advantages and disadvantages, an SSD always comes top because of its convenient and fast data processing functionality.

Nevertheless, you’re here because you are already a convinced SSD user, therefore there’s no need to go deep on the comparison of the two. We all love SSDs because they are faster, light-weight, and consume less power. They use flash memory to process data, meaning there are no mechanical or in motion components involved. There are no spinning platters, spindles, or magnetic heads in an SSD, making it more reliable and durable. This makes an SSD less inclined to malfunction compared to an HDD.

Then again, it doesn’t mean SSDs are foolproof. Actually, SSDs have a lifespan of 5 to 10 years before you expect things to go south. However, most SSDs fail to reach their expected lifespan because of logical as well as physical faults. Therefore, when an SSD fails or gets corrupted, you should be prepared with a recovery or backup remedy in place.

Why an SSD Can Fail?

There are many reasons why an SSD can fail or get corrupted, but before we get there, let’s first understand how it functions. An SSD uses technology similar to RAM called flash memory. The difference between RAM and NAND Flash (used by SSDs) is that the latter’s data remains unchanged even after shutting down the PC. Information is kept in electrical cell grids. These grids are then classified into Pages, where data is kept. Then, multiple pages, when combined, incarnate a Memory Block. The max size of a Memory Block is called NTFS and has a volume of about 4KB.

Now, if an SSD fails, there must be a hardware or software error in play. When new data is being written into the SSD, electrical cell grids become degraded. Thus, there is a limited number of times you can write information into the cells before they die.

There are several components within an SSD like the controller, host interface, as well as other parts. Failure or malfunction in one of these components can lead to the demise of an SSD before its expected lifespan.

There are also logical problems that may cause SSD failure, such as drive corruption. Malicious software, as well as bad sectors, can also cause pages to fail and form inadequate blocks. This then leads to an SSD failure.

Since SSD is a relatively new technology, recovering data from a failed drive is almost impossible. Thus, it is vital to know when your SSD is nearing the end of its lifespan so you can prepare for the worst by taking applicable measures to protect your valuable information.

How to Tell If Your SSD is Failing?

To detect any symptoms of wear and tear in an SSD, you must rely on its software interface. As stated earlier on, an SSD does not have mechanical components in motion. Therefore, even if it’s close to its failure, don’t expect to hear some funny noise. So, how can you tell if your SSD is failing or about to? Here are the common symptoms of an SSD about to die:

Your operating system begins to show notifications of file system repair errors. When you see a notification that indicates the corruption of system files, just know you are dealing with a severe problem. It’s either your operating system needs to be fixed or, worst-case scenario, your SSD is failing. However, it can also be a false alarm due to abrupt system shutdown.

Nevertheless, you should worry and take action immediately. Try to find out if the problem is generated from the system or your drive. Then, take precautionary measures for data restoration in case your SSD fails.

These are like corrupt sectors in a traditional hard drive. If your SSD has bad blocks, you can’t read or write data into it. Thus, once you have a bad block, you’re dealing with a severe issue that can lead to permanent data loss.

In such a scenario, it’s best to use a data recovery tool, then clone the SSD to ensure your information is safe. In most cases, if the SSD starts showing symptoms of bad blocks, the chances of getting it to work are slim. Even if you do, it will soon meet its fate. Therefore, it’s better to simply change it.

System crashes are an indication of a corrupt file system or a malfunctioning SSD, but if you manage to reboot your system several times without facing any issues, the chance is that you are dealing with a dying SSD. So, take action right away.

This happens on rare occasions when the SSD begins to auto-switch to Read-Only mode. When this starts happening, you must back up data immediately as this type of error can lead to permanent data loss. The best part about this scenario is that it gives you the chance to access and backup your data.

If you’re greeted by an error message when trying to simply copy a file, consider it a warning for a potentially failing SSD. This symptom usually stems from an SSD with bad blocks. Thus, you should check the health status of your disk using a disk defragmenter tool and consider replacing it after backing up your data.

What to Do If Your SSD Is Failing?

When you start seeing the symptoms above, you should back up your data immediately. However, if your data gets lost or SSD gets corrupted, you should apply the following steps:

Secure Data from a Failing SSD

Retrieving data from a dead SSD is nearly impossible due to the lack of technological tools that can match its technology. With that said, it’s imperative for the user to know symptoms of a failing SSD to avoid losing data. Both physical and logical issues can lead to permanent data loss. Therefore, to secure data from a failing SSD, one needs to back up as soon as they begin to recognize any of the above-mentioned symptoms. To increase the durability of your SSD, you must keep your system healthy by using trusted PC repair software tools that help clean junk, viruses, as well as other corrupt files.