Home » Windows » Moving from Windows 7 to Windows 10: Here’s What You Should Know

Moving from Windows 7 to Windows 10: Here’s What You Should Know 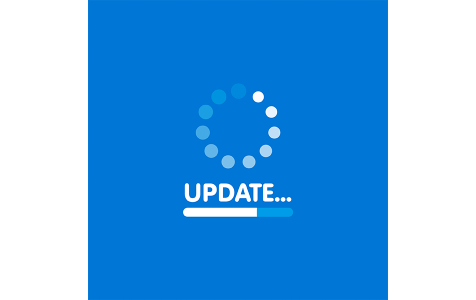 Contents hide
Why Did Microsoft End Support for Windows 7?
The Difference Between Windows 7 and Windows 10
What to Do After Windows 7 Support Ends?
Choice #1: Risk your computer
Choice #2: Purchase a new Windows 10 license
Option #3: Buy a new Windows PC
Option #4: Upgrade from Windows 7 to Windows 10 for free
The Bottom Line
Quick Fix

Is your computer still running Windows 7? Now is probably the right time for you to upgrade to Windows 10. Microsoft has already officially ended support for the Windows 7 operating system on January 14, 2020.

What “ended support” meant is that Windows 7 is no longer receiving OS updates, including security patches. So, if you are a fan of Windows 7, you have no other choice but to upgrade.

Why Did Microsoft End Support for Windows 7?

If you haven’t read the fine print, Microsoft has this Fixed Lifestyle Policy that states the company only offers a minimum of 10 years of Mainstream support for a product, followed by another five years of Extended support. This support includes program and security updates, online support, and other extra help you can think of.

Because Windows 7 was launched in October 2009, this means its 10-year Mainstream support has come to an end already. So, Windows 7 users have to make the move and upgrade to Windows 10.

The Difference Between Windows 7 and Windows 10

Before we finally say goodbye to Windows 7, let’s first take a look at some stand-out features of the operating system and compare it with its successor. This way, you can somehow make up your mind and be convinced to upgrade to Windows 10.

Being very stable and reliable, Windows 7 was once known as a mature operating system. It still holds some features that the previous OS releases were known for, such as the simple and easy to navigate interface. Want to search for a particular program? Just click the Start button and find it on the list.

With the introduction of Windows 10, things changed a lot. The newer OS shook things up a bit. Some apps already came bundled with the OS. Others can be downloaded from the Microsoft Store. There is also this Live Tiles feature that was made popular by Windows 8.

Well, there are many reasons to love Windows 7. But in a world filled with viruses and malware entities, going with a newer, safer, and more secure Windows version is probably better, right?

What to Do After Windows 7 Support Ends?

What do you think happens when support for Windows 7 ends? Obviously, Windows 7 users will be left with a few choices.

We wouldn’t suggest this option. After all, it comes with a plethora of risks. If you decide to ignore the deadline, your computer might just cease to exist. Yes, third-party apps, software, and games will still work, but Microsoft will no longer be updating any of its software for Windows 7. And if by any chance, a vulnerability is detected, it won’t be fixed or patched.

When Windows 8 was still new, upgrading from Windows 7 to Windows 10 was free. It can even be done in just a few clicks.

Before you do this, we suggest that you clean your PC first. Use a trusted PC repair tool to delete any unnecessary files and apps that are consuming a huge chunk of your hard drive space. Also, back up all the files you don’t want to lose. This means having a copy of all your files in an external hard drive or the cloud. This will allow you to quickly recover in the event that something wrong happens in the upgrade process.

The third option is simply to buy a new Windows computer with updated software and hardware. By choosing this option, you will enjoy a faster CPU, an improved processor, and a lightning-fast SSD storage drive.

Option #4: Upgrade from Windows 7 to Windows 10 for free

Unfortunately, the free upgrade offer already ended a few years ago, during a time when Windows 8 was still new. However, you can still technically upgrade to Windows 10 without having to pay anything. Although Microsoft has already removed the special upgrade deal on its site, it still grants Windows 7 and Windows 8.1 users a Windows 10 license. As long as your computer meets the system requirements for Windows 10, you can upgrade via the official Microsoft site.

Because Microsoft has already stopped support for Windows 7, PCs running the Windows 7 OS may be exposed to vulnerabilities at risk of malware attacks that Microsoft simply won’t patch. The company has been giving gentle reminders from the beginning, eventually transitioning to warnings with a sense of urgency. So, it’s really up to you whether or not you choose to upgrade.

What is your stand about Microsoft’s Fixed Lifestyle Policy? Have you also made the move and upgraded to Windows 10? Let us know in the comments.