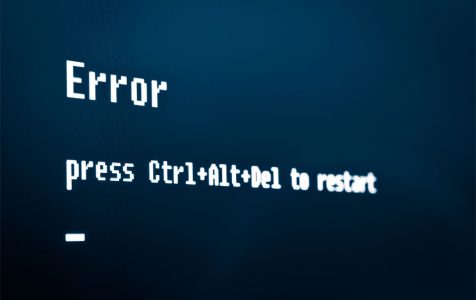 Microsoft said this update will address issues in Microsoft HoloLens, especially as it relates to tracking and device calibration. The update will also resolve a bug that causes mouse and graphics slowdowns when playing games such as Destiny 2.

While the update improves the reliability of Microsoft HoloLens, not everyone seems to be happy with it: KB4489899 is the cause of perpetual computer breakdowns for some users.

If you encounter a frozen screen, a blue screen, or boot issues after installing KB4489899, then we are here to help you. We will discuss the major challenges caused by KB4489899 installation, how to resolve them, and how you can avoid these problems.

To most people, crashes aren’t a major issue with Windows because the OS is usually rock solid, but the latest releases seem to make Windows 10/11 buggy. For instance, KB4489899 causes computer to constantly crash. The most common ways to fix PC crashing are: troubleshoot software issues, resolve hardware issues, and restore Windows.

Blue Screen of Death, also referred to as a ‘Stop Error’, usually occurs as a result of failures in your device hardware or its driver software. Low-level software operating in the Windows kernel can also trigger BSOD. These failures cause Windows to stop working. The only thing you see is information about what may have caused the ‘Stop Error’. The worst fact is that programs in your PC may not save any open data, which can lead to data loss.

Getting back to BSODs that occur after installing KB4489899, it seems they happen almost immediately. Perhaps you have just installed KB4489899 and your computer gets a blue screen, so what do you do to resolve the issue?

The only thing Windows can do at this point is to restart itself. An easier option for most people is to restore the computer to an initial state, but your computer may reboot. Some users have reported difficulties when trying to log in after the computer rebooted.

Once you have completed the above steps, restart your device. Windows 10/11 should boot with no issue.

Option 2: Uninstall Windows 10/11 Anniversary Update and then Reinstall it

To reinstall the Anniversary Update, you should:

If you cannot resolve the issues with the above strategy, then you can move to a new Windows account.

Besides the above issues, there are other common problems associated with KB4489899 installation. Here are some of them:

With Windows 10/11, users no longer have the luxury of blocking certain driver updates and security patches as they wish. Microsoft has automated and simplified the process, only that it has done so at the expense of transparency. Some of the latest updates, such as KB4489899, come with bugs. Nonetheless, these updates improve system performance.

You may want to avoid or delay installing KB4489899, but you can only do so for so long. The best way to escape most of the challenges that come with this update is to prepare before installation. So, you need to install the latest servicing stack update to improve the integrity of the update process. And, if you have already installed the update and your computer constantly crashes, freezes, or BSODs, then the above tips will help you resolve the problem.

Some bugs come when you least expect them, but that shouldn’t be a worry because you can rely on Outbyte PC Repair to restore your computer stability.

Did you resolve KB4489899 issues? What other issues have you experienced after installing KB4489899? Please share them in the comment section below.