Home » Windows » How To Open The Developer Mode In Windows

How To Open The Developer Mode In Windows 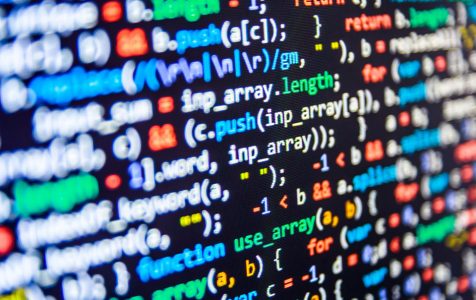 Windows 10/11 has been around for several years now, and a lot of updates have been rolled out to improve the user experience. One of the features launched during Windows 10/11’s Anniversary Update is the Developer Mode. This mode enables specific features in Windows 10/11 that are helpful for developers.

What is Windows 10/11 Developer Mode?

How to Enable Windows Developer Mode

Whether you’re a developer or not, there are a lot of benefits to enabling developer mode on your computer. Aside from having easy access to features that are otherwise hidden, this mode also provides more customization options for you. To turn developer mode on, follow these steps:

Windows developer mode is now activated on your computer, and you can play around with the added features of this mode. To turn this off, just follow the steps above and un-select the Developer mode option.

How to Sideload Unsigned Applications on Developer Mode

One of the significant changes that happened with Windows 10/11 is the ability to sideload universal apps outside the Windows store, which was impossible to do with previous versions of the Windows operating system. Sideloading apps is one of the features of Android devices that Windows has incorporated into its new operating system. In Windows 10/11, the option Windows Store apps is the default setting, which means you are only allowed to install Universal Windows Platform or UWP apps. Only the apps that were downloaded from the Windows Store can be installed on your computer. By selecting Sideload apps, you can now install applications outside of the Windows Store that are signed with valid certificates. To enable this feature, just go to the Settings app and select Update & Security. Click For developers and choose Sideload apps.

However, what if you want to test an app that hasn’t been signed or is still in the development stage? This is where the Developer Mode becomes crucial. This mode lets you install UWP apps from outside of the Windows Store, even without a valid certificate. This is especially useful for app developers who want to test their apps using their own computers while still in the development phase. Developers can previously do this on Windows 8.1, but they need to have a developer license to do so.

Another benefit of enabling Windows developer mode is it allows you to use Bash on Windows 10/11. The Bash Shell is a full Windows Subsystem for Linux designed to run Linux software. If you’ve ever used Wine before to run Windows apps directly on Linux, you can think of Bash as the counterpart of Wine. This Windows Subsystem for Linux lets you run Linux apps directly on Windows 10/11. Aside from Linux applications, you can also run Zsh and other command line shells on Bash on Ubuntu on Windows.

However, there are some limitations to the feature. For one, it doesn’t have the capability yet to run background server software or graphical Linux desktop apps. Also, not all command-line apps are compatible with this Windows Subsystem. You also need to make sure you’re running the 64-bit version of Windows 10/11 because it doesn’t work on the 32-bit version of the OS. To install Bash on Windows 10/11, follow these steps:

For example, the Windows Explorer settings allow you to show file extensions, hidden files, empty drives and system files, which are usually hidden. You can also see the full path in the title bar and easily access the Run as a different user option.

How to use Device Portal and Device Discovery

Device Portal, a local web server that makes the web interface accessible to other devices in your local network, is automatically installed on your computer once you enable Developer Mode. However, it doesn’t actually work unless you turn it on in the For Developers settings. Just click Enable Device Portal to enable this feature. What does Device Portal do? You can use this web-based portal to set up and manage your computer, as well as use various features designed to develop and debug apps. Device Discovery, on the other hand, lets you pair your device with Device Portal by typing in a unique code.

Symbolic links, also known as symlinks or soft links, are often used by developers when creating apps. Symbolic links are special files created to point to another file in the file system. In previous operating systems, only Administrator users can create symlinks. This is still true with Windows 10/11 unless you enable Developer Mode. With Developer Mode enabled, any user account can create symlinks by opening a standard Command Prompt window and typing in the mklink command. However, if Developer Mode is not turned on, you need to launch Command Prompt as an Administrator before you can use the mklink command.

Microsoft is working towards making the Windows operating system more useful, not only for average users but for power users like developers. The Developer Mode is a switch that notifies Windows that you are a developer, and then automatically rearranges the settings to make Windows work better for you. With all these additional changes in the settings, you need to make sure that your computer can keep up. You can use an app like Outbyte PC Repair to scan your PC for possible problems and resolve them, so they don’t affect your device’s performance.