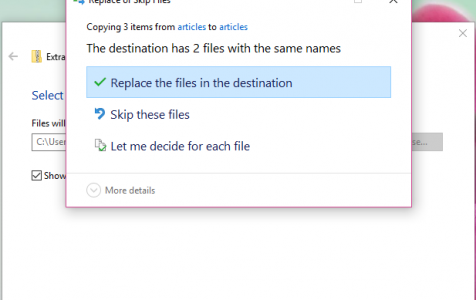 The Windows 10 October 2018 update has brought a lot of surprises to Windows users, including a few bugs. And one of these bugs has something to do with Windows’ built-in zip functionality.

The bug has been reported by several users already, and it seems Microsoft is also aware of this Windows 10 1809 bug. According to reports, the ‘Do you want to replace these files’ dialogue box has disappeared although it should be present whenever the content of a zip file is moved. This is risky because there’s a high chance you might overwrite a file without you knowing it, and there’s no way you’re able to get it back.

The built-in zip feature has been available in Windows for many years now, but not all Windows users are aware it exists. The integrated zip function lets you quickly create zip archives with files or to unpack zip files without the need for a third-party tool or software.

Normally, whenever you unpack a zip file in Windows and the file is already available in the destination folder, a warning message usually pops up to let you know you might overwrite some files. But because of the Windows 10 1809 zip bug, the files in the destination folder will be automatically overwritten without warning. There are also users who reported that no files are copied or overwritten when dragging files from a zip archive to a folder with the same files. It might seem like the file is being copied because you see the copy progress bar, but when you check the folder again, nothing has changed.

Here are some of the reports by users about the Windows 10 1809 zip bug:

“It’s okay on Win 10 build 1803. It’s the most recent one 1809 that’s bugged. I just don’t get a confirmation or a copy/paste window and the file just transfers which is annoying because I have no idea when it began or when it’ll finish. Moved back to 1803 for now.” – Deranox

“Using Windows Explorer to open the zip: the prompt is indeed gone, but in my case it actually doesn’t overwrite the already extracted file.” – lux44

“This is “funny”. I have noticed this strange behaviour 2 weeks ago but I ignored it.

In my case it silently overwrites files when extracting/copying from zip files.

So yes, I can confirm this nasty bug.” –dcsn

“This seems to be a very serious and widespread problem which could lead to user data loss. This is another thread about it. A reply would be very much appreciated.

The issue is that in 1809, overwriting files by extracting from an archive using File Explorer doesn’t result in an overwrite prompt dialogue and also doesn’t replace any files at all; it just fails silently. There are also some reports that it did overwrite items, but did so silently without asking.” – /u/jenmsft

Reports said that the Windows 10 zip file problems had been present in the build 19H1 until 18219, but Microsoft fixed the bug in the build 18234. Although the 18234 changelog does not include the fix, users have noticed the changes. Microsoft doesn’t always include all the fixes or improvements in the changelog because the list is often too long. However, users are left wondering why the Windows 10 zip copy fail hasn’t been fixed in 1809 yet. Users of Windows 10 1809 have to wait until November before a patch or update is released.

So while we’re waiting for that November update, here are some of the steps users can do to resolve these Windows 10 zip file problems. 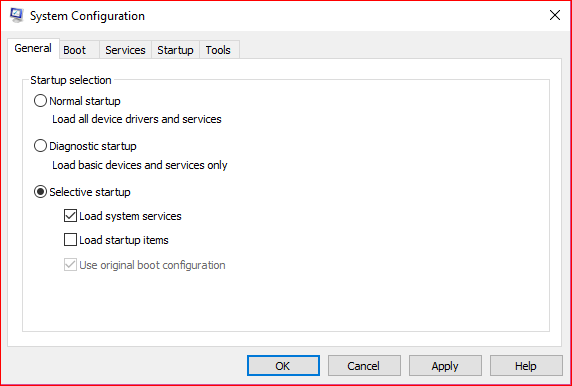 This would make your Windows enter the Clean Boot mode and disable all the third-party processes that might be causing your Windows 10 zip copy fail problem.

To boot your computer into safe mode, follow these steps:

Try unzipping your file while you’re in safe mode and see if it works.