How to Fix Errors on HP Laptop with Cumulative Update KB4467702 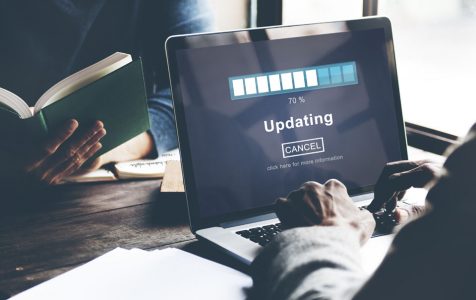 Windows 10/11 April 2018 Update is finally receiving the Cumulative Update KB4467702, bumping the OS to Windows 10/11 Build 17134.407. This cumulative update is something that Windows 10/11 users have been looking forward to as it comes with critical fixes to security vulnerabilities, including the following:

Although KB4467702 seems to generally install properly at this point, some Windows 10/11 users, particularly those using HP laptops, have reportedly experienced several issues.

Do you use an HP laptop or notebook PC? Have you downloaded the most recent Cumulative Update KB4467702? If your answer to both questions is a yes, then you might have encountered the “Missing Operating System” error message, which usually appears on a black display or screen.

This error message may pop up due to one or more of these reasons:

To resolve this problem, here are the steps to follow:

Commonly used by a laptop or PC to boot the Windows operating system, the Master Boot Record is embedded in the hard drive. If it becomes corrupt, your laptop likely won’t start. Don’t worry, though. Whenever you purchase an HP netbook or laptop, it usually comes with an Operating System Disk, which can be used to fix the Master Boot Record.

If you already did steps 1, 2, and 3 but the error still shows, you have to visit the nearest HP service center for further assistance.

This is a common problem among HP laptops that have downloaded the recent KB4467702 update.

The primary culprit is flea power, which is the residual static electricity that remains on the laptop or computer after it has been switched off and after the battery has been removed.

To fix the problem, drain the flea power by following the instructions below:

Cumulative Updates are necessary for Windows 10/11 devices because the recent updates come not only with new features and improvements by Microsoft, but also fixes to bugs and issues in previous update releases. That is why we strongly recommend installing any Cumulative Update as soon as there is one available for your device.

For a better laptop usage experience, you might also want to install Outbyte PC Repair. This tool is designed to scan your system for any junk or unwanted files that may be causing the errors. It also tweaks your system settings to ensure all operations and processes work at a faster pace. Download Outbyte PC Repair now and your HP laptop will thank you for it.

Do you know other HP laptop errors that occur after acquiring the recent Cumulative Update KB4467702? Let us know in the comments section below.