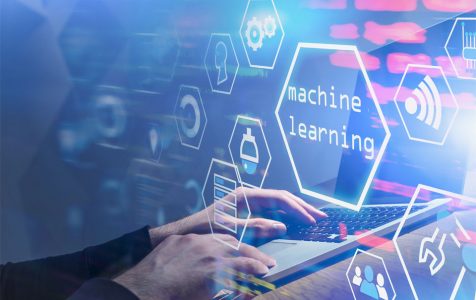 Predictive text is not a new technology. Most mobile devices have a built-in predictive text feature, regardless of the model and manufacturer. If you’re using a smartphone, then it most probably has a predictive typing feature.

Predictive typing is an input technology that makes typing faster and more efficient by suggesting keywords based on the letters being typed. The suggested words are based on the context of the other words you are typing and the first letters you typed.

What Is Windows 10/11 Predictive Typing?

Windows users had a taste of predictive typing when Redstone 5 test build brought SwiftKey touch keyboard support to Windows 10/11. But with the latest 20H1 build, Microsoft is bringing predictive typing to all Windows 10/11 apps. This new feature, which was hidden in the latest build, offers suggestions of words that the operating system predicts you will write. You can quickly select the word you want to use from the suggestions by clicking on it.

The current AI-enabled hardware text suggestions on Windows 10/11 are displayed above the word being typed. With the new predictive typing feature of Windows 10/11, the suggested words appear in-line instead. This means that the predictive typing feature will suggest words as you type the letters. The suggested words may differ the more letters you type in.

If you’re familiar with Gmail’s intelligent predictive typing feature, then you’ll have a clear understanding of how the Window 10 version works. The in-line text suggestions for the words you type works in Windows 10/11 applications, such as OneNote, Notepad, and Microsoft To-Do. The feature also work s in some third-party apps.

Albacore, a software expert, discovered the new feature and posted in on Twitter, along with a GIF that shows how the feature works with Notepad. As seen in the video, the new predictive feature works a lot faster and smarter than its predecessor.

How to Enable Predictive Typing on Windows 10/11?

Tests done by various tech experts show that the new predictive text feature still needs some work when it comes to accuracy and performance. However, it still proves to be a huge upgrade to the existing hardware text suggestions you see on Windows 10/11.

For example, the inline predictive text feature does not work in web browsers or webpages. If you try to compose a message or a post on Facebook, the text suggestions do not appear. The same goes for browsers.

There has been no announcement yet from Microsoft whether it will provide inline predictive typing support to all third-party apps, or it will be limited only to native Windows 10/11 apps. If Microsoft does roll out the feature for all apps, this new typing experience can immensely boost productivity and efficiency when using said apps.

The Windows 10/11 20H1 update will be rolled out around April next year and is currently being tested with the Windows Insider program. That means Microsoft still has almost a year to perfect this feature and hopefully make it more efficient.

The Windows 10/11 predictive typing feature is disabled by default. You need to use a special tool called Mach2 to enable it . The Mach2 utility manages the Windows Feature Store where features can be toggled on or off. This tool contains thousands of Feature switches to turn on and off new functionality.

To turn on predictive typing on Windows 10/11, you need to download Mach2 from Github, and input the following Feature IDs:

You can then use the following commands to turn each of these features on:

Once done, close the utility, restart your computer, and open Notepad or OneNote to see if the feature works.

Here’s a tip: When enabling features on Windows 10/11, it is recommended that you optimize your processes using Outbyte PC Repair to avoid snags and other issues. This tool also deletes junk files that might get in the way of your system’s smooth operation.

What Are the Benefits of Predictive Typing?

Predictive text features have been around for a long time and they come in different forms. Here are some of the advantages of using predictive typing on Windows 10/11:

1. Spelling and grammar errors will be minimized.

Some words are just difficult or confusing to spell out, such as courageous and instantaneous. With predictive typing, you don’t have to worry about whether the letter o comes before letter e. You’ll just need to type the first few letters and predictive typing will fill out the rest of the letters for you.

2. It is a form of assistive typing.

Some users may argue that this feature might contribute to the dumbing down of the next generation, but you can’t argue the benefits it brings to those who have problems spelling out words. For example, users who have dyslexia, visual impairment, or other conditions that impair the ability to type with the keyboard, will definitely find this feature a huge help.

3. This feature will improve productivity and efficiency.

Users will be able to type faster and better with the new inline text suggestions because they don’t have to watch out for mistakes all the time. Plus, they don’t have to type in the complete word, saving them from a lot of keystrokes. Predictive typing can save you a lot of time, especially if your work involves a lot of typing.