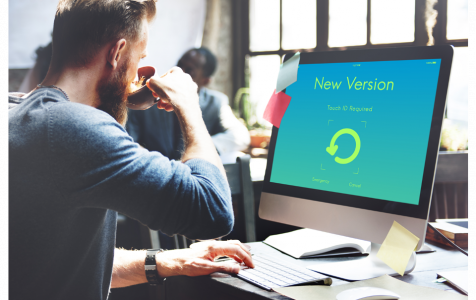 The main focus of these cumulative updates is to fix known bugs in the Windows 10/11 operating system, as well as bring some feature and performance improvements. For example, you can fix UI issues by downloading KB4503288 and KB4503281 on Windows 10/11.

The KB4503281 update for Windows 10/11 1709 brings the build to version to 16299.1237. Before installing this update, make sure you have the latest Servicing Stack Updates (SSU) installed on your computer to improve the chances of successfully completing the update and preventing installation errors.

Here’s a tip: To prevent errors from happening during the update process, it is recommended that you optimize your computer first and run your trusted anti-malware software to get rid of unwanted factors.

Here is the complete list of the major changes and quality improvements included in the KB4503281 update:

Some operations done on Cluster Shared Volume (CSV) files or folders may result in a STATUS_BAD_IMPERSONATION_LEVEL (0xC00000A5) error. This error happens because you are performing an action without sufficient administrator privileges. To fix this error, make sure you have administrator privileges or perform the action from a node that does not have CSV ownership.

The KB4503281 update may also cause connection issues with Storage Area Network (SAN) devices using the Internet Small Computer System Interface (iSCSI). When this happens, you’ll get an Event ID 43 error with the following description: Target failed to respond in time for a login request. Microsoft is working on a fix for this error and will probably release it in the next update.

The KB4503288 update offers the same quality improvements and key changes as KB4503281, plus the following extra fixes:

The KB4503288 update shares the same issues with the KB4503281 update. However, some Windows 10/11 users have reported encountering a black startup screen during the first login after installing the update. As a workaround, Microsoft suggests restarting the device by pressing Ctrl + Alt + Delete, clicking the Power button on the screen, then choosing Restart from the options provided. This should allow the system to restart normally.

You can install the KB4503281 update by running a manual check using Windows Update. Alternatively, you can download the standalone package from the Microsoft Update Catalog website.