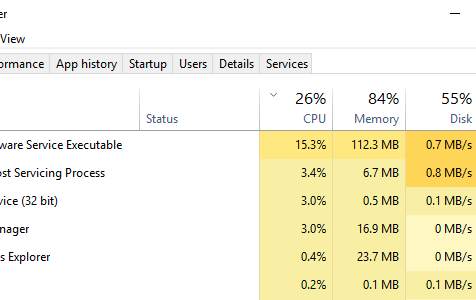 Contents hide
Windows 10/11 Task Manager Improvements
How to Use Task Manager
Here are the tabs you usually see in Task Manager, what they do, and what the numbers mean:
Other Changes, Improvements, and Fixes in Build 18988
Summary
Quick Fix

Task Manager is one of the most useful utilities Windows has ever introduced. It is an advanced tool that lets you monitor and manage various computer resources. But most of the time, Task Manager is used to perform something basic: to check what programs are running right now.

So when your computer is sluggish and you want to know which processes are hogging your memory or storage, just open Task Manager and you’ll see everything that’s currently running and the amount of resources being consumed. You can choose to kill the programs or processes that you don’t need to speed your computer up. Just make sure that you don’t accidentally stop critical system processes that are needed for your operating system to function.

The improvements in Task Manager in Windows 10/11 came with the release of Build 18898 of the May 2019 Update. When you open Task Manager and go to the Performance tab, you can now tell whether your disk is a solid-state drive (SSD) or the slower, old-school mechanical hard drive (HDD).

According to the announcement posted on the Windows blog, being able to distinguish between SSD and HDD is helpful in differentiating between multiple drives. Before Task Manager improvements in Windows 10/11 were released, disk drives had been labeled with their assigned drive letter, making it confusing for users.

How to Use Task Manager

Aside from the Windows 10/11 Task Manager improvements in Build 18988, the tool basically works the same. Here are some of the ways to launch Task Manager:

The Task Manager is a very practical tool which gives you an overview of everything that’s going on on your computer. The data is well-organized, and the interface is easy to move around in. However, you need to understand what types of information are being presented and what they mean.

Here are the tabs you usually see in Task Manager, what they do, and what the numbers mean:

The improvements in Task Manager Windows 10/11 are something that users can actually see and verify, so people are excited about them. However, Microsoft brings more than that in the new build.

Other Changes, Improvements, and Fixes in Build 18988

Aside from Task Manager, the new build brings other changes to Windows 10/11, such as:

The improvement in Task Manager with the release of the new build may not be something major, but it is something that could be useful to users using computers with multiple hard drives. Being able to differentiate each hard drive avoids confusion and speeds up the troubleshooting process.

This new build is part of the 20H1 branch, but users will have to wait longer for major changes because the feature update won’t be released until the first half of next year.