What Makes a Good VPN? 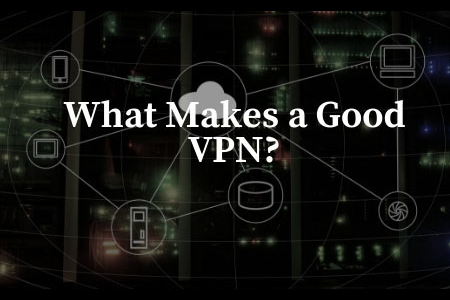 Contents hide
Here are some of the types of VPN users and what they are looking for in VPNs:
How to Evaluate VPNs
Conclusion:
Try Outbyte VPN Now!

VPNs make your Internet connection a lot safer and faster. But how do you know which VPN is perfect for your needs or which one will provide you with the most hack-proof protection? There are many criteria for VPNs that users have to consider before subscribing to one.

There are many third-party VPN service providers in the market today, and it is a challenge to evaluate VPNs by yourself. Some users who are not that familiar with VPNs will look at the price, while others who are more tech-savvy will look at the specs. One thing you have to remember, though, is that not all VPNs are created equal.

Reading VPN reviews and comparisons before chopping for a VPN is a great idea because it will give you honest and real-life comments on how these VPNs work. You will also have an idea which VPNs perform better and which ones are just for show. Reading expert insights will also prepare you for any issues you might encounter when using a VPN.

Different VPNs have different features, different characteristics and different levels of protection. You need to learn how to scrutinize and look under the hood of every VPN service provider you are considering. This article will show you how to choose the best VPN and what criteria you should be looking for.

The first you need to think about is your needs. What are you going to use the VPN for? There are many types of VPN users, so it is important to know which category you belong to. Understanding your needs allows you to narrow down the VPNs you are considering.

Here are some of the types of VPN users and what they are looking for in VPNs:

These different users have different security needs, so the trick is finding the VPN that caters to their specific needs. There are many free VPNs out there, however, they don’t provide the same level of protection a paid VPN service does.

How to Evaluate VPNs

Once you have identified your needs, the next step is to find a few VPN options that match your requirements. Here is a list of the criteria you should be looking for in a strong VPN.

Finding the perfect VPN for your needs is not that complicated. You just need to do a bit of research and use this criteria checklist as a guide in choosing the VPN that works for you.

Jesse
Leave a Reply Cancel reply
Featured Stories
Outbyte, Auslogics & CCleaner – The Top 3 PC Optimizers in 2021
PC Repair Windows 10 months ago
Best Choice for Updating PC Drivers
PC Repair Windows 3 years ago
More Stories
Double VPN: Differences from Classic VPN, Pros and Cons
VPN 3 months ago
What Is a VPN and How to Choose One for Yourself
VPN 7 months ago
How to Secure Your Internet Connection
VPN 9 months ago
uTorrent Is Not Working with VPN on Windows 10? Here’s What to Do
VPN 9 months ago
Working Remotely? Go with a VPN
VPN 1 year ago
Surfshark VPN vs. IPVanish
VPN 1 year ago
The Most Trusted VPNs for Mac in 2020
Mac VPN 1 year ago
DOWNLOAD OUTBYTE PC REPAIR NOW!