What Can I Do To Make My VPN Faster? 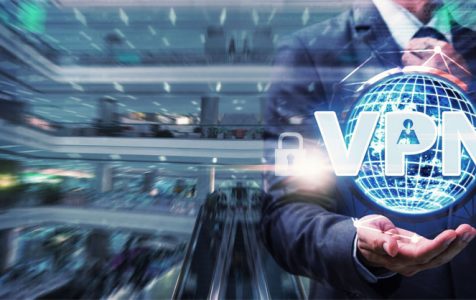 Using a VPN or virtual private network allows you to browse the Internet in a secure way, as well as speed up your Internet connection when doing data-heavy tasks. However, some performance issues can be expected, especially when you’re using a free VPN service. Imagine, your VPN service provider is routing your Internet connection through a remote server probably halfway around the world, while encrypting your information along the way. If you think about it, that’s a lot of work. So don’t be surprised if you experience some slow down. Plus, there are also additional problems depending on your VPN service provider. For example, if you’re using a cheap VPN company that has a large number of users, your servers might be overloaded resulting to slow Internet speed.

You don’t have to live with these issues forever though, because there are several ways to make VPN faster. We’ll show you how to speed up VPN in eight different ways so you can maximize your VPN service.

How to Speed Up VPN

1. Switch to another server.

Routing your Internet connection through the nearest remote server usually offers the best performance. But that’s not always the case. If there are a lot of users connected to that server, then it’s most probably overloaded by traffic from other users. As a result, this will slow down your Internet connection. You might be better off connecting to other servers.

Letting your VPN client choose the best server location for you is not always a good choice either. Most VPN apps provide their users with the option to connect with the ‘best server,’ but this often proves to be a wrong decision. What your VPN client considers the perfect server for you may not actually be the best one for your needs.

What you should do is test out every server in your location and neighboring countries. Don’t let higher ping times or latency intimidate you because these numbers don’t necessarily mean that the download speed will be slower. For example, some cities may show twice the latency compared to servers that are closer to your location, but it is possible that they might have a faster Internet connection. Your Internet connection is not only affected by the distance between your position and the server, but also by the amount of traffic being routed through it.

There are no specific rules that apply to VPN, and your experience might be different from other people. Just go ahead and try these servers until you find the best one for you.

If your speed is abnormally slower compared to other servers, then the problem might be closer than you think. Check your own network and find out if there are unnecessary apps that are using your Internet connection or other devices connected to your network.

Close the apps and disconnect devices that you are not using. The more people, devices or programs that are using your Internet connection, the slower your speed will be because all of you are competing for bandwidth. If this doesn’t solve the issue, you can try restarting your router and your devices. This will free up some of your RAM and help make VPN faster. If you’re using a Mac, you can use an app like Outbyte macAries to optimize your memory and clean up junk that might be interfering with your device’s performance.

The protocol is the way in which VPN clients and servers communicate with each other. There are different types of protocol, with different levels and types of encryption used.

OpenVPN is the most commonly used protocol because it provides strong security and high performance. If you check your VPN client settings and you want to switch to a different protocol, choose OpenVPN first. However, there are cases when OpenVPN may be throttled or restricted by some networks, but all you need to do is switch to a different protocol to fix the issue.

The next best protocol is L2TP/IPSec, which offers 256-bit encryption that does a decent job of keeping you safe. SSTP, on the other hand, is a Microsoft-developed secure protocol that has a similar level of security with OpenVPN.

The simplest protocol option is PPTP, but this one has a lot of security lapses, making it vulnerable to hackers. If you only want to stream YouTube videos without experiencing buffering or play online games without lag, then this protocol should be good enough for you. However, if you’re going to do online banking, shopping, or other online activities that involve the exposure of your personal or financial information, then switch to a more secure protocol.

If the protocol you are using is not delivering the speed that you want, you can check and tweak the settings to help improve its performance.

OpenVPN, for example, can run using TCP or UDP protocols. UDP or User Datagram Protocol uses a simple transmission model and is preferred by most users due to speed and performance. TCP or Transmission Control Protocol, on the other hand, works just like UDP but with the added benefits of error-checking. So if you experience slowing down or connection issues, switching to the more reliable TCP could help resolve your problem.

Another aspect you should check out is the port you are connecting to. The OpenVPN app connects to port 1194 by default, and it works just fine most of the time. However, some networks might throttle or block that port and affect its performance. When this happens, you can try switching to port 443, which is the default port for HTTPS. It is relatively safe so most networks won’t meddle with this port.

5. Switch to a wired connection.

Wi-Fi has a lot of advantages over a wired connection, but reliability isn’t one of them. Speeds can be unpredictable over wireless Internet connection especially when there’s a lot of network users in your area. Plus, impediments like walls, distance and floors can cause Wi-Fi signal degradation. If you can switch to a wired connection because it is more stable and reliable. There’s no bandwidth competition, which will make VPN faster and consistent.

VPN works by sending all your network traffic through a secure digital tunnel—very straightforward and simple. It ensures that your data is protected and there are no leaks by tunneling everything through an encrypted server. However, this could also be draining for your VPN bandwidth. Imagine all your stuff—email, gaming, social media, web browsing, video streaming, among others going through the same connection. If you only need a VPN for data-heavy tasks like video streaming or file sharing, routing everything else through the same connection will only result in bandwidth competition, hence affecting its performance.

Split-Tunneling is a concept that allows you to use two different networks at the same time. This gives you more control over what apps and data would go through the VPN tunnel. For example, you can assign your browser traffic to the VPN network if you need to unblock restricted content, then throw everything else to your regular connection. Limiting the number of apps connecting through your VPN will help speed up your connection and reduce the chance of having your network access blocked while VPN is running. Check your VPN if it supports split tunneling. Some of the VPN clients that support this feature include PureVPN, ExpressVPN, ibVPN, Ivacy, among others.

If you’ve tried everything and are still stuck with slow speed and poor performance, the problem might already be with your current VPN client. To test this theory and to rule out your device, ISP or network as the culprit, try other VPNs. However, keep in mind that free VPN apps are usually limited regarding features and come with a lot of issues like activity logging and throttling. To make sure you get the best VPN service, use professional VPN clients, even if it means paying for a small fee.

One of the most reliable VPN services out there is Outbyte VPN. It allows unlimited streaming and provides 100% data protection for up to five devices. It uses AES-256 encryption, which is used by the military, to secure your online activities. If you’re going to switch to a different VPN, make sure that you have adequately uninstalled your previous VPN client to avoid confusion.

You don’t have to be stuck with a poor-performing VPN, even if it’s a free one. We hope that these tips will help you run VPN faster and speed up your connection.

Stephanie S
Leave a Reply Cancel reply
Featured Stories
Outbyte, Auslogics & CCleaner – The Top 3 PC Optimizers in 2021
PC Repair Windows 2 years ago
Best Choice for Updating PC Drivers
PC Repair Windows 4 years ago
More Stories
How to Choose a Cloud VPN for Your Business
VPN 7 months ago
How You Can Use Your Android to Earn Free Money
VPN 7 months ago
A Guide to Getting and Testing Residential Proxies
VPN 8 months ago
How to Improve Your Gaming Experience by Using VPN
VPN 9 months ago
6 Most Important Features of Secure VPN Software
VPN 11 months ago
Top 14 Proxies for ExtraTorrents
VPN 12 months ago
Double VPN: Differences from Classic VPN, Pros and Cons
VPN 1 year ago
Categories