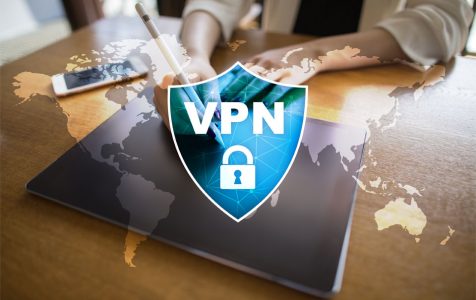 Having a reliable Virtual Private Network (VPN) is crucial for protecting your online privacy.

But there are a few big issues in the VPN industry: untrustworthy providers and opportunistic “reviewers” who are more interested in making money than actually helping you.

And unfortunately, there’s no current industry regulation standard to keep users safe… though organizations like the VPN Trust Initiative (VTI) are working to change that.

“It’s impossible to identify anything like a single best VPN, because everyone’s needs are different,” she says. “But based on our objective and in-depth review process, we feel Surfshark and IPVanish are strong contenders for that position.”

Surfshark and IPVanish are both fairly popular VPN providers and generally rank well on any comparison site. But we wanted to see how well they hold up against closer inspection…

Surfshark is based in one of the best possible locations: the British Virgin Islands (BVI). This tiny nation has some of the best privacy-oriented legislation in the world.

But Surfshark doesn’t use that as an excuse. They protect their users with strong encryption standards and a no-compromise zero logs policy.

Granted, Surfshark doesn’t have the biggest server network available. But the up-and-coming provider doesn’t let that stop them from offering an all-round fantastic service. You can find even more detail in TheVPNShop’s Surfshark VPN review.

As an American VPN provider, IPVanish isn’t as ideally located – the US is part of the 5/9/14 Eyes Agreement, a global surveillance program.

The provider was also caught sharing user data in the past. However, IPVanish has since been taken over by a new parent company that introduced and enforces a strict no-logs policy.

IPVanish crawls a little ahead of Surfshark when it comes to server count, so things appear fairly well-balanced between the two so far.

Maybe you already know which provider you favor. But to make sure you’re making the right decision, take a moment to read through the more in-depth comparisons first!

Both Surfshark and IPVanish offer only the best security features, starting with their military-grade 256-bit AES encryption.

Getting more into specifics, Surfshark VPN uses AES-GCM encryption, a more secure version than the common AES-CBC standard. So the provider pulls a little ahead of IPVanish here, albeit on a technicality – IPVanish doesn’t specify which AES version they use.

There’s more to privacy and security than encryption standards, of course. Both providers have strict no-logs policies, use only the best VPN tunneling protocols, and have automatic kill-switch features available.

Surfshark’s Camouflage Mode gives them another edge over IPVanish though, who doesn’t offer any similar features. Plus, we had to contact IPVanish’s support team just to confirm whether or not they offer DNS leak protection for all device types!

There are many reasons for wanting to bypass censorship – mostly to stream movies and series that aren’t available in your region. But for some, it’s a matter of getting the right information when their government wants to keep them in the dark.

Surfshark comes out a clear winner in this area too. They don’t have a list of dedicated streaming servers available, but do offer a NoBorders feature that helps you unblock content from a wide array of streaming providers and other websites. Plus, the VPN is safe to use in China!

IPVanish, on the other hand, barely works with Netflix and Kodi – and not at all in China and other countries with strict censorship.

Cost might be a deciding factor for many readers – and understandably so. Here’s how the two VPN providers compare:

IPVanish is marginally cheaper on a monthly contract, but Surfshark quickly pulls ahead. Especially when you consider the fact you can get a 2-year Surfshark subscription for less than what 6 months of the 3-month IPVanish subscription costs!

You’re always going to lose some speed when connected to a VPN. So which one offers the least speed reduction?

When tested, we still had 99% of our original speed while using Surfshark. But with IPVanish, it dropped to 70%!

Surfshark seems to be the better VPN in many regards. But that doesn’t detract from IPVanish’s well-deserved reputation as a great VPN provider too.

Ultimately, it’s up to you to decide.

Jesse
Set your Author Custom HTML Tab Content on your Profile page
Leave a Reply Cancel reply
Featured Stories
Outbyte, Auslogics & CCleaner – The Top 3 PC Optimizers in 2021
PC Repair Windows 8 months ago
Best Choice for Updating PC Drivers
PC Repair Windows 2 years ago
More Stories
Double VPN: Differences from Classic VPN, Pros and Cons
VPN 1 month ago
What Is a VPN and How to Choose One for Yourself
VPN 5 months ago
How to Secure Your Internet Connection
VPN 8 months ago
uTorrent Is Not Working with VPN on Windows 10? Here’s What to Do
VPN 8 months ago
Working Remotely? Go with a VPN
VPN 11 months ago
The Most Trusted VPNs for Mac in 2020
Mac VPN 1 year ago
The Best VPNs for School and College in 2020
VPN 1 year ago
DOWNLOAD OUTBYTE PC REPAIR NOW!