Home » Technology » What Is Internet Throttling and How Can I Avoid It?

What Is Internet Throttling and How Can I Avoid It? 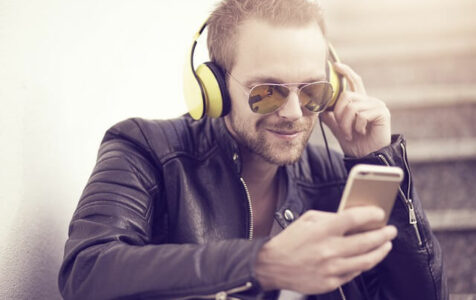 Have you ever come across the term internet throttling? Sometimes known as bandwidth throttling, this expression refers to when an internet service provider (ISP) might take deliberate steps to “throttle” your internet connection, thereby slowing down your connection speeds and impacting negatively upon your online experience.

For a more comprehensive explanation of internet throttling, it’s recommended to check out the informative blog post found at https://surfshark.com/blog/am-i-being-throttled. However, this summary article will run through the main aspects of internet throttling, including how and why internet providers do it – and how you can stop it affecting your enjoyment online.

Why do ISPs conduct internet throttling?

There are a number of reasons why an ISP might throttle the connections of its users. One of the chief among them is that they simply aren’t able to deliver the speeds that they promise to their customers, either because there are too many people online at the same time or many of them are engaging in high-bandwidth activities, such as streaming media, downloading files or playing video games.

Alternatively, some unscrupulous ISPs throttle their customers’ connections in order to save money. Greater bandwidth consumption costs them more, which is why they might choose to limit the speeds of those using the most data. Since it’s incredibly hard to prove that an ISP is throttling its customers – and it’s not even illegal in many parts of the world, including the USA – some companies see it as an easy way to boost their profits.

Is there a way to see if I am being throttled?

There are a couple of ways to figure out whether or not your ISP is taking steps to deliberately limit your connection. The first is to simply use an internet speed test, of which there are many freely available online, to determine how fast your connection is. You can then compare this to the speeds advertised by your ISP – though this does not provide a conclusive answer to the question, since there are a variety of reasons why speeds may be subpar.

A better way to approach the issue would be to find a reliable virtual private network (VPN) and activate it on your device. This will mask your computer’s IP address and the activity it is engaging in, preventing the ISP from seeing if you are consuming large amounts of data. Then simply conduct a speed test with the VPN turned off and on. If there is a big difference between the two sets of results, it’s probable you are being throttled.

What’s the best way to avoid being throttled?

If you suspect that you are being throttled, one of the most effective fixes to the problem is simply to change your ISP to another company. Not all of them employ the same policy when it comes to hampering their users’ internet speeds, so making the switch could incur a significant improvement. However, this approach is laborious, potentially more expensive and not guaranteed to produce results.

A far better solution is to use a VPN once more. Because the ISP won’t be able to detect the amount of data you’re consuming, they’re unlikely to throttle you. Of course, they will be able to see that you have a VPN in place, but the adoption of this technology has become so commonplace these days that throttling every device with a VPN switched on would be impractical and bad for business.

And there you have it! Using a VPN is the best way to determine whether you are being throttled and to overcome the issue if the answer turns out to be yes. Why not find one that suits you today?