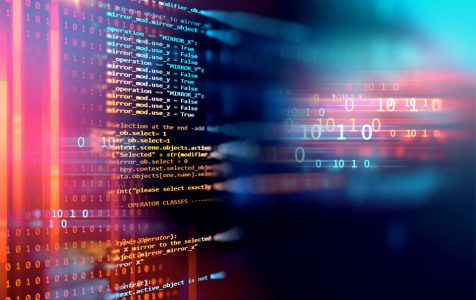 Contents hide
What Are RunDLL Files?
What Causes the RunDLL Error?
How to Fix RunDLL Errors
1. Reinstall the program where the RunDLL error occurs.
2. Download a copy of the erroneous RunDLL file from the internet.
3. Check if the RunDLL file runs on other Windows computers.
4. Check your Windows registry.
How to Recover Lost Data Due to RunDLL Errors
Conclusion
Quick Fix

Do you constantly see the RunDLL error box at startup on your Windows 10/11 computer? Relax. You are not alone, as it is a common error among Windows computers.

Despite the RunDLL error being common, the good news is there is a way to fix it. But before we proceed with teaching you how to get rid of the error, let’s begin by understanding what it is all about.

What Are RunDLL Files?

RunDLL files are system processes that are directly associated with your Windows operating system. They play a vital role in the vast network of data and codes that are shared by all applications and programs on your computer because they reuse the same lines of codes and files when running program functions. As a result, users can enjoy an improved memory and speed efficiency in their operating system.

Now, if the RunDLL error pops up, it usually comes with the error message “The specified module could not be found” or “The application did not start properly.” As a result, a computer may crash, freeze, or become painfully slow.

What Causes the RunDLL Error?

A RunDLL error may occur during startup. It is caused by any of the following:

How to Fix RunDLL Errors

Bothered by the same old RunDLL error box that keeps popping up during startup? In order to resolve the issue, Windows users usually seek help from Windows experts to manually remove the affected RunDLL file/s. However, that solution can cost hundreds of dollars and may possibly destroy your computer when complex, unnecessary repairs or actions are done.

The best way to fix the problem is by following the simple solutions below:

1. Reinstall the program where the RunDLL error occurs.

If the error pops up from when you open a third-party software or app, try to uninstall and reinstall it. Select the Repair option in the list. Wait until the process is completed. This method should fix the error because it retrieves and recovers the missing RunDLL file. If this does not fix the problem, try the next solution.

2. Download a copy of the erroneous RunDLL file from the internet.

The RunDLL error message may occur because of an erroneous RunDLL file. To fix this, download a copy of the file online. Replace the corrupted or missing RunDLL file with the one you downloaded. After that, restart your Windows computer.

3. Check if the RunDLL file runs on other Windows computers.

If you have another networked Windows computer that runs on the same operating system, locate and copy the same RunDLL file and run it. If it works, then the problem might be in your specific Windows computer.

A problem with your Windows registry can trigger the RunDLL error to pop up. When the registry gets dumped with unnecessary files, it is possible t o encounter the error. Thus, it is best that you check and fix any registry error beforehand, as it could be the culprit behind why the RunDLL error is showing up.

How to Recover Lost Data Due to RunDLL Errors

RunDll errors are often triggered by other computer problems. When they occur, they can cause data loss on your hard disk drive. Worse, they can cause some of your important files to be accidentally formatted or deleted.

Don’t worry , though, because you can recover any accidentally deleted file caused by RunDLL errors. You’ll just need to download and install a powerful hard drive data recovery app or tool. After that, you can already retrieve all your lost files.

Computer errors are inevitable, but you can always do something to keep them from popping up.

One thing you can do is to install Outbyte PC Repair, an amazing tool that can optimize your Windows PC to keep it running at its best. It can also locate any junk files and speed-reducing problems that cause app crashes and errors. Download it now and find out what it does to your computer.

Do you have any experience to share about RunDLL errors? We’d love to hear them. Comment them down below.