Top MacOS High Sierra Problems And How to Fix Them 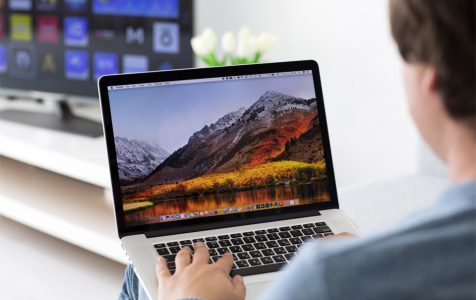 Several months after Apple officially released their latest operating system update, the macOS High Sierra, to the public some of its users are still experiencing different types of problems and errors. While Apple is known for developing and offering top-notch software and hardware, performance issues cannot be totally avoided. Fortunately, there’s a solution for every macOS high sierra problem you might be experiencing right now. Here are some of the top masOS High Sierra problems and how to fix them.

If your Mac is not starting an OS upgrade, do not worry because it is not an OS-exclusive problem. This was also one of the main reported problems when El Capitan was released and that users had and have been encountering this before. When your Mac refuses to boot up after installing High Sierra, you can try an NVRAM or PRAM reset.

NVRAM (non-volatile RAM) and PRAM (parameter RAM) are small RAMs that store particular Mac settings. Modern Macs have NVRAM while older models have PRAM. When you turn off your computer, these RAMs do not fully shut down as they are powered by a separate battery or capacitor in the motherboard. When they become corrupted, they are likely to prevent your Mac from booting up. The only way to stop them from doing so is to reset them.

To help you boot your Mac from scratch, here’s how you can reset the NVRAM or PRAM:

Once your NVRAM or PRAM resets, consider launching Disk Utility to scan for other problems that may be preventing your Mac from starting up. Similarly, you can use a third-party tool like Mac repair app to easily and quickly look for problems to get rid of them.

If you just finished installing High Sierra, give your Mac some time to adjust and configure itself. If it’s still too slow or if it freezes randomly, try restarting. If this doesn’t do anything, you’d want to know what’s making it slow. To do this, launch Activity Monitor, which can be found in the Applications folder. Pay attention to apps eating up the CPU space, then force quit individual apps.

You might also need to delete system caches, which are temporary files left by programs. Over time, they can pile up and cause software conflicts. To clear cache folders manually, follow these steps:

Note that some cache files might still be needed to run certain programs properly, so be careful as to which cache files you need to delete. If you don’t want to do this manually and make a huge mistake, use a3rd party tool to do the job for you with just one click of a button.

3. Apps Freeze and Crash After Upgrading to macOS High Sierra

Apple has completely moved from 32-bit apps to the 64-bit structure with the High Sierra release. While most app developers have already prepared for the change, there are those who are yet to keep up.

If an app repeatedly freezes and crashes after you installed macOS High Sierra, check if an update is available for it. If there is, go ahead and update the app. Re-setting the app might help, but if not, you may need to uninstall it.

Uninstalling applications on Mac is quite complicated, though. Mac doesn’t have that one-click uninstall button like Windows. You’ll need to go through different folders to delete certain files before an app is removed. And even after all that, some junk files are left behind and an easy way to completely get rid of problematic apps and their associated files is to uninstall them using tools such as Outbyte macAries.

Nowadays, you’d rarely find anyone who doesn’t rely on wireless connectivity especially when it concerns the Internet that is why a slow net speed is a no-no. This is especially true if you’re using Macs which are designed to be the best of its class. Resetting current Wi-Fi settings can help solve the problem. To do this, here are the steps:

Have you encountered any of these problems and found their effective solutions? Are there other errors you need help with? Let us know in the comments below.