Ransomware Mac Protection: 2019 and Beyond 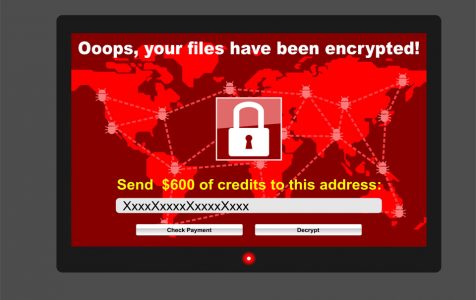 Contents hide
A Brief Glimpse into Ransomware
How Is Ransomware Transmitted?
This form of virus can infect your computer through one of several ways:
What Ransomware Can Do to Your Mac
To better understand how Mac computers become at risk, here’s a look at how Mac is used:
Steps to Protect Your Mac from Ransomware
There are several steps you can take to protect your Mac from criminal software, including the following:
Summary
Quick Fix

Ransomware, or malicious software that keeps files or a computer in hostage until the owner pays a ransom for decryption, is unfortunately becoming a fact of life. It doesn’t really matter if you are using a Windows or Mac device. Users of different operating systems share the worry and can be prone to ransomware and its risks.

Let this quick article help you protect your Mac from ransomware and properly remedy any situation involving this threat.

A Brief Glimpse into Ransomware

Most viruses are written for the Windows operating system because of its sheer popularity. This is why Windows users need to make regular backups of their files, install powerful antivirus, or use browsers or email with enhanced security.

Ransomware usually integrates into your OS on a low level for it to fully access the files on your hard drive. Note, however, that paying the ransom won’t guarantee decryption. Attackers can fool you or ask for more money in order to get your files unencrypted, sometimes without the intention of doing their part.

In case the fee remains unpaid, ransomware can automatically corrupt and delete the locked files. This leaves most users with little time and clear thinking to pursue alternate means of fixing the problem.

How Is Ransomware Transmitted?

This form of virus can infect your computer through one of several ways:

Part of the surging popularity of ransomware is the lack of awareness and knowledge to deal with it. According to a CloudBerry survey in the United States, 85 percent won’t pay ransom no matter how much it costs, while $300 is the maximum sum that survey respondents might pay.

Another uncommonly known ability that ransomware has: penetrate Mac computers.

What Ransomware Can Do to Your Mac

Back in March 2016, Apple customers became the target of the first Mac-focused ransomware. Prior to this time, there had been reports of the so-called “proof of concept,” meaning researchers already learned how to execute malware on Macs. Cybercriminals, however, finally seemed to have executed real-life ransomware attacks.

In this specific instance, affected users downloaded a program known as “Transmission for BitTorrent.” This was used for P2P file sharing via BitTorrent files, or illegally downloaded media files such as music, movies, and TV shows.

In the ransomware for Mac situation, users unluckily downloaded a tainted version of the installer for the software. The installer contained OSX.Keranger, a Trojan horse or malware that can delete, modify, hold hostage, copy, or steal data. OSX.Keranger encrypted affected files and demanded a fee, which was one Bitcoin or around $400 at that time.

To better understand how Mac computers become at risk, here’s a look at how Mac is used:

Yes, Mac might not be as popular a target for ransomware as Windows. But this does not translate to full protection. According to McAfee, Mac malware actually grew a whopping 744 percent by the end of 2016. The potential reason for this, however, is adware bundling, where adware sticks banner ads to a given computer but doesn’t affect user’s data.

Another specific case of ransomware for Mac is OSX/Filecoder, developed for OS X 10.11.x/10.12.x and can infect a Mac when looking for Adobe Premiere or Microsoft Office patches in torrent networks. It appears like a harmless patch archive with the “Start” button.

But once you press the button, ransomware will penetrated your Mac and encrypt lots of files. With its built-in tools and commands, Filecoder gets to run from user context and won’t even need to have your permissions regarding those changes!

Existing research tells us that while OS X has a relatively high level of security, it does not fully protect you from ransomware and related malware threats. Add this to the fact that Mac is already in the radar of cybercriminals, stronger and more persistent than ever.

Steps to Protect Your Mac from Ransomware

Ransomware can infiltrate even macOS. There shouldn’t be room for complacency among Mac users, and they should take active steps to keep their systems up to date and their security levels high.

There are several steps you can take to protect your Mac from criminal software, including the following:

Mac is often lauded for its sophisticated security systems and protection. Its users, though, are not 100 percent spared from ransomware attacks.

This is a real risk, for example, if you run Windows as the main OS on your Mac and keep all crucial data there. The risk isn’t as high if you are running Mac natively with OS X and occasionally use Windows to work with specific software, but it is not entirely eliminated either.

Take note of the tips we outlined above to protect your Mac from ransomware in 2019 and beyond.