Home » Mac » How to Stop Mac from Reopening Apps After Reboot

How to Stop Mac from Reopening Apps After Reboot 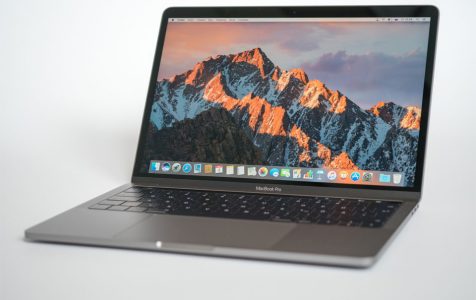 Contents hide
Why Prevent Mac From Reloading Apps After Restart?
How to Stop Apps from Reopening After Restart in Mac
Step 1: Use the Log Out or Restart Dialog.
Step 2: Boot into Safe Mode then Restart Normally.
Step 3: Tweak the General Preferences.
Step 4: Disable Login Items.
Summary
Quick Fix

When you restart your Mac, macOS automatically opens all the applications that were running when it was rebooted or shut down. So, if you were working on a Microsoft Word document when the crash happened or when you were playing a video using your media player, all these windows will be restored when macOS is restarted.

This feature was created to allow users to easily access the files or apps that they were working on. It also helps them recover or continue with the tasks that they were doing. Quickly reloading the apps that were running before macOS rebooted or crashed saves the users from the hassle of opening them again.

Unfortunately, some users find this annoying instead of helpful. For example, if the app causing the crash keeps on being reloaded, then you’ll never get out of that boot loop as long as this feature is on. There are also users who prefer to start on a clean slate whenever they reboot their Macs. If this is the case, read down below to find out how to stop apps from reopening after restart in Mac.

Why Prevent Mac From Reloading Apps After Restart?

In most cases, macOS reopening your apps after a crash or restart is quite helpful because you can immediately get back to what you were doing. No time wasted launching the apps and starting all over again.

However, there are some users who find this feature a nuisance and wants to avoid all apps from reopening when Mac crashes. Here are some of the common reasons why you would want to disable this feature:

Whatever your reason is, trying to prevent Mac from reloading apps after restart is an easy task. You just need to tweak some settings and you’re off to a clean restart. If you ever changed your mind, you can easily undo the changes by going back to the same settings.

How to Stop Apps from Reopening After Restart in Mac

To control your apps from re-launching when your Mac crashes or reboots, you need to disable this feature in different settings. Let’s take a look at them one by one:

Whenever you log out of or restart your Mac using the Apple menu > Restart path, you’ll be faced with a popup dialog that says:

Are you sure you want to restart your computer now?

When the box next to Reopen windows when logging back in is ticked off, then this means that the apps open during the restart will be relaunched when macOS boots again. If you want to prevent this, you need to uncheck this option.

This is another workaround that most users are not aware of. First, you need to boot into Safe Mode by pressing the Shift key when you restart. Once booted into Safe Mode, you can restart normally and all the apps and windows open when you first restarted have been forgotten. However, this doesn’t change any settings on macOS and the next time your Mac restarts, your apps will reopen again. This is just a troubleshooting option if you’re stuck in a boot loop because a problematic app keeps getting reloaded.

If you want to change the settings across macOS, you can do so by modifying some preferences. To do this:

Some apps on your Mac are configured to run during startup automatically. These apps and programs are usually preconfigured by developers or software vendors. If you want to prevent them from loading during a restart, you can do the following:

Sometimes having Mac reopen the apps or documents you were working on before the restart can save you a lot of time because you can quickly jump in and continue but you were doing. But if you prefer to disable this feature, there are several ways to do so, and we’ve listed them all above.