Home » Mac » How to Maximize Your Mac’s Touch Bar

How to Maximize Your Mac’s Touch Bar 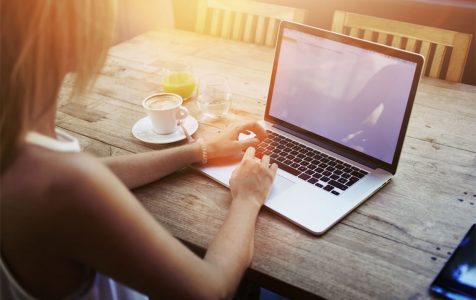 Just when you thought Apple could no longer improve their Macs through new technology, the company adds a very neat feature to the latest generation of their high-end and very capable laptop, the MacBook Pro. The Touch Bar, which was first introduced in 2016, replaced the row of function keys on the MacBook Pro models. The Mac’s Touch Bar is designed to do more than what the regular function keys do.

In this article, we’ll give you some tips on how to maximize this feature to help you make the most of your MacBook Pro’s Touch Bar capabilities.

By default, the MacBook Pro Touch Bar is divided into three sections:

The ESC key will remain in its position forever and cannot be removed or customized. On the other hand, both the middle section and Control Strip can be customized in a number of ways. By knowing how to customize them, you can take advantage of the Touch Bar’s various abilities.

Before we begin, take note that not all apps have a Touch Bar support but more and more apps are being updated to allow integration. But for now, most of the apps that do have Touch Bar support allow customization of the visible controls. So, aside from the default set of widgets, sliders, and buttons, you can tweak Touch Bar to meet your workflow and productivity needs.

To begin, go to the View tab and look for the Customize Touch Bar… option. Basically, if you don’t see this, it means the app doesn’t allow Touch Bar customization. Click it to launch the editing view, which will show a drawer of button options.

To add an item to the Touch Bar, simply click on it and drag it down towards the bottom of the screen, onto the Touch Bar. Then, use the Trackpad to put the item in your desired location. Release it when done.

If you want to remove unused buttons, go to View > Customize Touch Bar… again. Any button that shakes or wiggles can be removed. To remove a button, take your cursor down to the Touch Bar until you reach the button you want to remove. Hold and drag it upwards to delete.

If you are no longer satisfied with the customizations you’ve done and don’t want to go through adding and removing items again one by one, you can choose to restore it to default. Simply go to View > Customize Touch Bar… then look for the Default Set. Drag it down to the Touch Bar to replace the current buttons.

The Control Strip, when left activated, shows system functions that you can access regardless of what app you’re currently using. To launch the Control Strip editing mode, go to System Preferences > Keyboard > Customize Control Strip…

Among the buttons you can add to the Control Strip include:

You can deactivate the Control Strip if you want to expand the middle section dedicated to apps. Note, however, that not all apps are capable of using the entirety of the Touch Bar. To disable Touch Bar’s Control Strip:

So, there you have it, folks. We hope that with these Touch Bar customization tips, your Mac experience and productivity will greatly improve.