Home » Mac » How to Fix Time Machine That Won’t Back Up After Mojave Update?

How to Fix Time Machine That Won’t Back Up After Mojave Update? 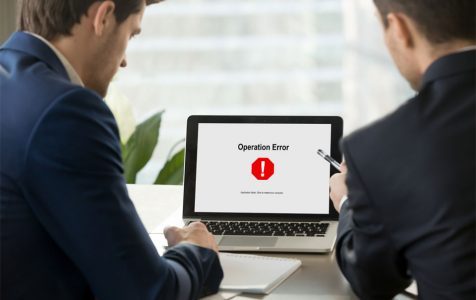 Contents hide
Why Time Machine Won’t Back Up After Upgrade to 10.14.4?
Quick Fixes to Time Machine that Doesn’t Back Up after the 10.14.4 Update
Fix 1: Check If FileVault Encryption or Decryption Is Complete
Fix 2: Reset SMC and NVRAM on Your Mac
Fix 3: Reset Time Machine
Final Wrap

Apple’s Time Machine is a simple and convenient way to back up your files regularly. This amazing tool allows Mac users to restore specific files or the whole system from the macOS recovery environment. To eliminate delays and errors during the backup process, Apple has encoded several checks into the Time Machine. While Apple introduced them for a good reason, sometimes these checks can stall the backup process.

Some Mac users have complained that they cannot do a Time Machine backup on a network drive or an external HDD. A thread in Apple’s support forum shows that Time Machine doesn’t back up after the 10.14.4 update. With such a setback, some users may be hard-pressed to delay making changes to files because they may not be backed up properly.

For the most part, these Time Machine stuck issues are fairly common and easy to fix. But sometimes you need to dig deeper to figure out the problem – for instance, when you haven’t enabled FileVault yet Time Machine does not work and raises an error with File Vault. This post will offer solutions to fix Time Machine that cannot make backups in Mojave.

Since its release, several users have reported that the Mojave update disables Time Machine backups.

Mojave introduced some updates aimed at strengthening the security of your OS, and they mandate apps to ask for permission before accessing data. However, these updates affect the functioning of the Time Machine utility.

When you make changes to files, Mojave logs those changes in an inventory system, which the OS generates as a segment of the file system. Time Machine uses a comparison system when making backups. This system checks the inventory of file changes in the file system and compares it to its own file inventory to form incremental backups. This operation is usually time-efficient, only that it is handling massive logs of file changes, which can stall the process.

Time Machine may not work because the disk encryption or decryption is not complete. When enabled, FileVault encrypts your disk to protect personal data from unauthorized access. It is a useful feature that most Mac users enable when they are first setting up their devices. Some users may enable the feature at a later time. When you enable FileVault at a later date, it may take a longer time to encrypt the hard drive because there could be more data at this stage. When the process is not complete, Time Machine will stall.

Antivirus can also co-opt the Time Machine backup volume and, as a result, stall the backup process in macOS 10.14.4.

Quick Fixes to Time Machine that Doesn’t Back Up after the 10.14.4 Update

Fix 1: Check If FileVault Encryption or Decryption Is Complete

Assume FileVault is enabled, and it is encrypting a disk, or the feature is turned off, and the disk is now being decrypted. You can check the FileVault encryption progress from the command line. To check the progress, please follow these steps:

In most cases, the progress is indicated as a percentage, but sometimes you may get a message that says, “Encrypting” or “Decrypting” depending on whether the disk is being encrypted or decrypted. The progress will help you know if you need to wait for the process to complete. If it is complete, then there could be other things causing the problem.

Fix 2: Reset SMC and NVRAM on Your Mac

Sometimes Time Machine won’t back up because of issues with System Management Controller (SMC) or settings stored in PRAM or NVRAM (non-volatile random-access memory). To resolve the issue, reset both SMC and NVRAM. This fix has worked for some Mac users.

Before you reset SMC, try to reboot your Mac through any of the following options:

If the above tips don’t resolve the issue, follow these instructions to reset SMC:

If the issue persists, perform these steps:

Time Machine is reliable and convenient. It can also be a troublesome tool, especially after the Mojave update; the new OS may experience problems while working with Time Machine. We hope this article helped you to fix the issue. If you still have issues with Time Machine, get in touch with us.

Besides this, you can try other strategies to clear junk that may slow down your Mac. Unwanted files, log files, cache, irrelevant iOS updates, corrupt data files, and other space hogs can affect your Mac’s performance. Mac repair tool is an ideal choice to fix these issues.

Jesse
1 thought on “How to Fix Time Machine That Won’t Back Up After Mojave Update?”
Leave a Reply Cancel reply
Featured Stories
Outbyte, Auslogics & CCleaner – The Top 3 PC Optimizers in 2021
PC Repair Windows 6 months ago
Best Choice for Updating PC Drivers
PC Repair Windows 2 years ago
More Stories
What Is the Bird Process in Activity Monitor?
Mac 2 weeks ago
5 Quick Fixes to Minecraft Launch Issues on Mac
Mac 2 weeks ago
How to Fix MacBook Pro Going Back to Login Screen Randomly
Mac 1 month ago
How to Troubleshoot the Time Machine error:- The operation couldn’t be completed. (OSStatus error -1073741275.)
Mac 2 months ago
How to Deal with Erase process has failed Error on Mac
Mac 2 months ago
Why Your Mac Is Emptying Trash Slow
Mac 2 months ago
What to Do If QuickTime No Longer Plays Videos in macOS Big Sur
Mac 2 months ago
Categories