Home » Mac » How to Fix Disappearing Cursor in Mojave

How to Fix Disappearing Cursor in Mojave 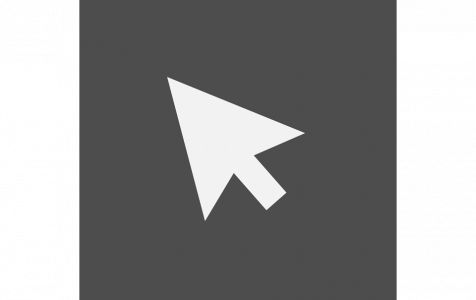 Contents hide
What To Do If the Cursor in Mojave Disappears
1. Clean Your PC
2. Use the Activity Monitor
3. Add RAM to Your Mac

Sometimes, the Mac cursor randomly disappears or becomes invisible. The reason for this is not clear, but this Mac behavior often happens when the computer has less memory to spare like when a lot of tabs are open on a browser or when the user is running memory intensive applications like Photoshop and Adobe Illustrator.

What To Do If the Cursor in Mojave Disappears

There are several ways of solving the issue of disappearing cursor in Mojave. We start with the simplest.

The above set of tricks works to make the cursor reappear on the Mac, but as implied, they are nowhere near being a permanent solution to the problem. For a more lasting solution, here are some of the things that you should consider doing:

You want to boost the performance of your computer by cleaning it with the help of a Mac repair tool. Cleaning here means deleting old files, clearing web caches, repairing missing registry entries, updating software and drivers, removing viruses, and boosting overall performance.

Running Mac repair will also help you identify the software that is taking up too much memory on startup. This is especially helpful if you don’t have a lot of memory to spare on your computer. Once you have identified those memory-consuming apps, you can quit them altogether.

2. Use the Activity Monitor

The Activity Monitor is the Windows equivalent of the Task Manager on a Mac. It can be used to quit applications that are taking too much memory. As noted earlier, the disappearing cursor on Mojave problem is memory- related and can thus be resolved by quitting memory intensive applications.

This is how to use the Activity Monitor to quit applications on your Mac:

The tab that you should be on the lookout for is the Memory tab. Processes that are using too much memory are listed at the top, and if they are of no use to you, then you can quit the particular app that is running them. It is common for PC users to have their browsers open, even though they might not be using the browser at the moment. Situations like this unnecessarily use a lot of memory.

To quit any process that is using too much memory, click on it and choose Quit. This will stop the app from running and free the memory that is allocated to it.

There is another way to force an app to quit on your Mac. Here is how to do it:

Sometimes, it could be the case that your RAM is not up to the task of handling multiple processes and apps running at the same time. This is probably why your cursor is disappearing in Mojave. This happens after engaging with memory intensive apps like Photoshop and Adobe Illustrator. If you are using these apps, make sure that you have a minimum of 8GB RAM on your Mac and that the processor of your PC clocks above 2GHz.

But before you go replacing your RAM, conduct a hardware test first to see if there are any problems with the current memory installed on your device.

Conducting a Hardware test on the Mac

The hardware test will report any hardware issues that are limiting your Macs performance and recommend appropriate action. It may be required of you to replace your RAM, for instance.

In conclusion, it is worth noting that memory problems are very common and the best defense against the disruptions that they cause is to not overwork your computer by having too many applications open at the same time.

Jesse
Leave a Reply Cancel reply
Featured Stories
Outbyte, Auslogics & CCleaner – The Top 3 PC Optimizers in 2021
PC Repair Windows 6 months ago
Best Choice for Updating PC Drivers
PC Repair Windows 2 years ago
More Stories
What Is the Bird Process in Activity Monitor?
Mac 2 weeks ago
5 Quick Fixes to Minecraft Launch Issues on Mac
Mac 3 weeks ago
How to Fix MacBook Pro Going Back to Login Screen Randomly
Mac 1 month ago
How to Troubleshoot the Time Machine error:- The operation couldn’t be completed. (OSStatus error -1073741275.)
Mac 2 months ago
How to Deal with Erase process has failed Error on Mac
Mac 2 months ago
Why Your Mac Is Emptying Trash Slow
Mac 2 months ago
What to Do If QuickTime No Longer Plays Videos in macOS Big Sur
Mac 2 months ago
DOWNLOAD OUTBYTE PC REPAIR NOW!