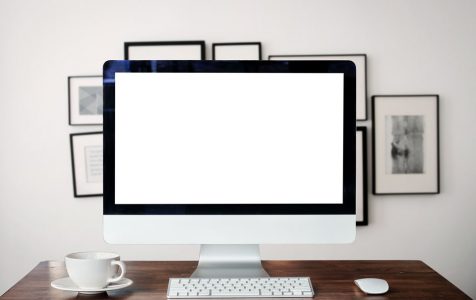 Contents hide
What causes brightness on the Mac to reset to maximum?
How to reset SMC
How to reset the SMC in Mac notebooks with removable batteries:
Resetting the SMC in Macs with userremovable batteries:
Resetting the SMC on Mac desktops and notebooks with the Apple T2 chip:
To reset the SMC in Mac desktops (Mac Pro, Mac mini, and Xverse) follow the steps below:
To turn off ambient power settings on the Mac, take the following steps:

Sometimes, and to much frustration of the users, brightness on iMac automatically resets to the maximum.  Some iMac users even wonder why display on iMac is always on maximum brightness despite their best efforts to tweak the display to their preferred settings. While this is not an issue experienced by a majority of Mac users, it can be annoying, especially if the user prefers a mid-level brightness that is not too much on the eyes.

What causes brightness on the Mac to reset to maximum?

The simple answer is that there are multiple reasons why iMac display can reset itself to the maximum. Some Apple computers, for instance, have ambient light sensors that dim or brighten the screen automatically depending on the surrounding lights, and this could be the reason behind the iMac adjusting its brightness. Alternatively, there could be a problem with the System Management Controller (SMC). SMC controls a number of core functions on the Mac, including the following:

Thus, a reset of the SMC might help alleviate the problem. The following is the procedure of resetting the SMC according to the guidelines provided by Apple.

How to reset SMC

Resetting the SMC depends on the type of Mac that you are using, but the procedure is almost the same across all Apple products. The reset also depends on whether the battery is removable or not.

How to reset the SMC in Mac notebooks with removable batteries:

Resetting the SMC in Macs with userremovable batteries:

Resetting the SMC on Mac desktops and notebooks with the Apple T2 chip:

Many iMac Pro and MacBook Pro from 2018 are equipped with the Apple T2 chip, and if you have one of these, take the following steps:

If this procedure fails to work, you can take the following alternative steps:

For the MacBook Pro with the Apple T2 chips, take the following alternative steps:

To reset the SMC in Mac desktops (Mac Pro, Mac mini, and Xverse) follow the steps below:

What else could lead your PC to behave in ways that you do not expect? The power and screen backlighting settings could also be culpable for the unexpected maximum brightness in the Mac even after dimming. The MacBook Pro and MacBook Air will, for instance, adjust their power usage and backlighting based on the ambient light differences and power source changes. These changes are made possible by automatic brightness adjustments- a feature that can easily be disabled to stop the Mac from auto-adjusting its brightness.  If these automatic power lightning settings disturb you, then you can easily switch them off.

To turn off ambient power settings on the Mac, take the following steps:

All of the above-noted solutions will go a long way in helping solve the problem of “display on iMac is always on maximum brightness”, but if they do not, it is a clue to a more pervasive issue with your PC, and if this is the case, we recommend that you download and install a Mac repair tool that will scan your system and repair any underlying issues such as corrupted software, missing registry entries and misconfigured drivers and updates.