WWAHost.exe: Is It a Virus? 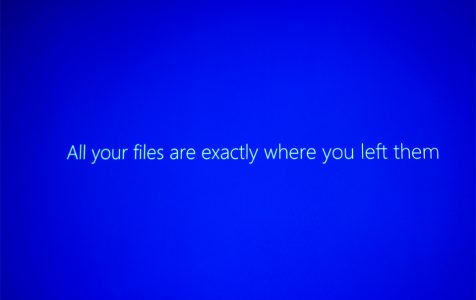 Contents hide
What is WWAHost.exe?
So, Is WWAHost.exe Dangerous?
Should WWAHost.exe Be Removed?
Method 1: Terminate WWAHost.exe from the Task Manager
Method 2: Use the System Restore Utility
Method 3: Run the System File Checker
Verdict
Quick PC Scan

If your computer is getting slow, there could be an application or process that is gobbling up a lot of system resources. So, if you haven’t checked which processes are running on your PC, open up the Task Manager. You will most likely see the WWAHost.exe process. This process might launch automatically on Windows startup. But in most cases, it will run after opening some applications like your Mail app. Unfortunately, some corrupted versions of the WWAHost.exe file may consume a lot of system resources.

You are probably asking yourself: Is WWAHost.exe dangerous? In the next section of this article, we will discuss WWAHost.exe’s complete file details, including what it is, whether or not it is a virus, and how to stop it. So, let’s get started.

The genuine WWAHost.exe is an executable file that is part of the Windows system. Microsoft intentionally introduced this executable in Windows 8 and made it necessary for some applications to run this file. WWAHost.exe is an app container in which metro apps run, and it is usually safe. In other words, the executable is designed to make modern apps work properly.

The WWAHost.exe file has nine known versions. The most recent one being 6.3.9600.17031 (winblue_gdr.140221-1952). The average file size is 626,176 bytes (34% of all occurrences), but there are eight more variants. This file is located in the C:\Windows\System32 folder. The genuine WWAHost.exe is not visible and usually consumes about 0.01% of the CPU. So, its security rating is 1% dangerous. But you may occasionally encounter problems with WWAHost.exe.

Now that you know what WWAHost.exe is, you might also be curious to know why this file can trigger computer errors. Is WWAHost.exe a virus? Well, as we touched on above, WWAHost.exe is a genuine Windows process. So, if you encounter a runtime error, it is probably due to conflict with other third-party plug-ins or software, poor programming by Microsoft, outdated or damaged hardware, or corruption by a malware infection.

Being a Windows core file, you shouldn’t expect WWAHost.exe to cause any problem in your system. But if a virus disguises itself as WWAHost.exe or if the file is not located in C:\Windows\System32\, it could be a threat. If that is the case, then you should remove WWAHost.exe. Use the following methods to fix WWAHost.exe errors:

Ending the WWAHost.exe process isn’t a permanent solution, but it is sort of a workaround. If the process is consuming a lot of system resources, then you can end it. Here is how to do it:

Method 2: Use the System Restore Utility

To restore your PC to a previously working point, follow the steps below:

You can also use the built-in SFC tool to fix corrupted or missing WWAHost.exe files. Here is how:

If nothing else works, try downloading and replacing your WWAHost.exe with the correct file version. But this step is not recommended for novice PC users.

Important Tip: A clean and tidy computer is key to resolving most computer errors, including those associated with WWAHost.exe. So, you should run a scan for malware and junk, then clean your system using a professional PC cleaning software such as Outbyte PC Repair. Remember to create some restoration points when your PC is working properly and also perform periodic backups.

The genuine version of the WWAHost.exe file is safe, and it is an essential process in Windows 8 and Windows 10/11. So, if it isn’t consuming too much of your CPU and you aren’t getting WWAHost.exe runtime errors, you should leave it alone to continue running on Windows. However, if the process is misbehaving, terminate the process, then restore the missing or corrupted WWAHost.exe file. The best solution is to keep your antivirus up to date, then scan and clean your PC regularly.