Home » Files » What is Discordhookhelper.exe? 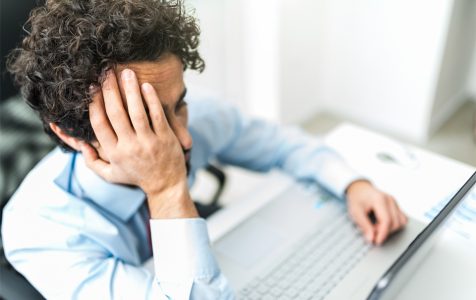 Contents hide
How to Remove Discordhookhelper.exe
1. Try Downloading Discord from the Original Site
2. Quit the Process
3. Remove the Offending Program
4. Restore Your Computer
Other Drastic Steps
Protecting Yourself from Malware
Quick PC Scan

Yes, it could be, as malware often disguise themselves by taking a legitimate file sounding name. But before you go condemning the discordhookerhelper.exe file as being a malware, let us look at some of the telltale signs of a malware infection:

If your computer is experiencing any of the above symptoms, then it is probably infected by a malware that has taken the name Discordhookerhelper.exe.

If you are certain that the Discordhookhelper.exe process is not a false positive, then you can use a premium anti-malware solution to remove the malware and all its dependencies from your computer.

Likely, the malware has also downloaded other versions of itself on your PC and that is why you need to install an antivirus that will scan your entire computer for other malware entities.

Using an antivirus is just one of the many novel ways of dealing with the discordhookhelper.exe file. You can also try any of the following other methods:

If you are unsure whether the Discord the software is the one that is responsible for the woes that you are facing, you can simply uninstall it and download the same from the original site.

This might work because sometimes, older versions of software are incompatible with the Windows OS, some Windows updates, or other apps. If the problem still persists, even after installing the latest version, then you can be certain that it is Discord that is problematic. That would require that you install the software and look for an alternative.

Have you tried quitting the discordhookhelper.exe process? Quitting a process means that it will no longer consume computing resources or run in the background without your knowledge. You can quit a process on both macOS and Windows computers using the Activity Monitor and the Task Manager respectively.

Here is how to use the Task Manager to end a task that is problematic or one that is using too much computing resources:

On a Mac, the process is similar, except that you will be using the Activity Monitor.

Supposing you don’t use Discord that often, then you can go ahead and remove the program and find an alternative that is less problematic.

Removing a program from your computer is very easy on both Windows and macOS. Here is how to remove a program on macOS:

On a Windows computer, you will have to go to the Control Panel and under Programs click Uninstall program. From the list of the programs, choose the one that you need to remove.

Both Windows and macOS have tools to help restore your computer to an earlier working state. On Windows, one such feature is called System Restore.

The System Restore feature will allow you to ‘rewind’ your Windows installation to a state when there was no performance issues. It will also help pinpoint the programs that will no longer be available after the process is complete. Here is how to use system restore on a Windows 10/11 PC:

Unfortunately, macOS lacks the equivalent of the handy system restore option that is available to Windows users. Instead, there is a feature called Time Machine. To create a backup of your apps, files and settings, you will need an external hard drive, meaning that to restore your computer to a previous functional state, you will need to have made the backup.

If you have tried everything in your bid to stop the discordhookhelper.exe file error, including using an anti-malware solution, removing the program, and even restoring your PC, then you can take the drastic step of resetting your computer or installing a new OS altogether.

Resetting your PC lets you keep some of your files and settings, so it won’t be that much of a drawback.

Protecting Yourself from Malware

Whether discordhookhelper.exe file is a malware or not, it is prudent to have some tips and tricks on how to protect yourself from malware infections. Here are a few of these:

Hopefully, this article on how to stop the discordhookhelper.exe process has been of help to you. If you have any comments suggestions or questions please feel free to use the comment section below.