Home » Files » What is Comrade.exe? 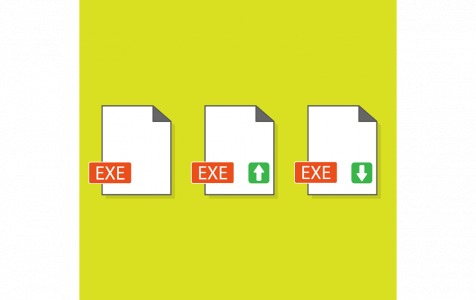 Contents hide
Is Comrade.exe a Virus?
Should Comrade.exe be Removed?
Malware Distribution Methods, and How to Deal with Them
How to Fix Comrade.exe Error?
Method 1: Use the Control Panel
Method 2: Use Command Prompt
Method 3: Use a PC Repair Program
Best Practice for Dealing with Comrade.exe and Related Issues
Closing Remarks
Quick PC Scan

If you have encountered Comrade.exe error messages, then you have probably asked yourself: What is Comrade.exe? Well, Comrade.exe is an executable file that is part of the GameSpy Comrade software. GameSpy is a first-generation community gaming program, but it is no longer supported in Windows. It was more like an instant messaging application for gamers.

Technically, it is not a core Windows file and often causes problems. The process usually loads during the Windows startup process, but it is almost harmless. Its technical security rating is 4% dangerous. However, you shouldn’t overlook it in case you encounter an error caused by this file. While it is not a Windows system file, it has a visible window, meaning you can uninstall it from the Control Panel.

The main purpose of the executable file is to facilitate communication for users who play various games under GameSpy. However, most of the services that use GameSpy middleware were shut down in 2013, meaning that the software along with the Comrade.exe file is no longer required to play older games.

Sometimes, when installed illegally, Comrade.exe may establish its own registry key to enable it to start whenever Windows boot. But that doesn’t mean that it is a virus or malware-related file. In most cases, it is not malicious, and you can leave it or remove it without interfering with other computer processes.

But the fact that it has a .exe extension means that it is an executable file. And as you know, some executable files can destroy your computer. But in most cases, they are harmless, unless they are corrupted. Who knows, hackers could create malware-related files with the same name. For instance, there are several Windows-based application files like Msiexec.exe, MsMpEng.exe, and Avlaunch.exe, among many others that were mimicked by malware.

To find out if an executable file is a legitimate Windows process or just a virus, you need to check the location of the file. For instance, the legitimate version of Comrade.exe should be found in C:\Program\Files\GameSpy\Comrade\Comrade.exe. If this file runs elsewhere, then it is likely to be something else.

Alternatively, you can use Microsoft’s Process Explorer, which will help you detect malicious processes. Here is how to use the program:

Perhaps you are asking yourself what to do about Comrade.exe or are having difficulties dealing with this file. Sometimes, your computer may throw in error messages associated with Comrade.exe, including:

Usually, these error messages will pop up when you are installing the program, executing software like GameSpy Comrade that depends on the file, or during startup or shutdowns of your PC. For troubleshooting purposes, it is critical to record when and where the error message occurred.

If you are having trouble with Comrade.exe or receiving the above errors, hold on first before deleting the file. In any case, you shouldn’t delete a harmless executable file, unless you have a valid reason.

As we touched on above, it is essential to first verify that your Comrade.exe file is a virus before deleting it. In other words, if the file location is anything else but C:\Program Files\GameSpy\Comrade\ and has a different file size than the one mentioned above, then you should get rid of it.

Based on various online feedback, only a minority of users remove this file, meaning that it may not be harmful. Nonetheless, you should check its trustworthiness based on its size and location. And if you never install games on your computer that use GameSpy, then your version of Comrade.exe could actually be a component of malware that is designed to carry out malicious tasks on your device. In that case, you may need to remove it immediately. Basically, if you no longer use GameSpy Comrade, there is no need to keep such a file on your computer.

For better diagnosis, run a full scan of your system using a powerful antivirus program like Outbyte Anti-Malware. If it classifies it as malicious, then it will also set it aside for deletion. The good thing is that it will get rid of the files associated with Comrade.exe.

Malware Distribution Methods, and How to Deal with Them

If your version of Comrade.exe is a malware-related file, it might have got into your system through any of these means:

In most cases, cybercriminals still rely on phishing emails with embedded macro functions to launch attacks. Users who may have lost their emails during a data breach are often included in a predetermined list of possible victims. Other times, hackers may just generate email addresses randomly.

Based on these facts, you should be careful when dealing with phishing emails. Pay attention to the sender’s address, the message, and if it has an attachment. In short, don’t rush to click on a link or open any attachment unless you have verified the sender.

How to Fix Comrade.exe Error?

While Comrade.exe may not be harmful, there is no need to keep it in your system. After all, the GameSpy software was closed a long time ago. In fact, most Comrade.exe issues are caused by the program executing the process. Here, GameSpy Comrade is to blame. You can get rid of it using any of the following methods:

Method 1: Use the Control Panel

Follow this process to remove Comrade.exe using the Control Panel:

Here is how it goes:

Method 3: Use a PC Repair Program

If the above removal methods sound too complicated, you can automate the task using a suitable PC repair software. The whole process will reduce to a few simple clicks. Moreover, most PC cleaning software will also remove other junk on your machine.

Best Practice for Dealing with Comrade.exe and Related Issues

A clean and organized device is essential for controlling most computer errors, including problems with Comrade.exe. What it means is that you should constantly scan your device for malware and other unnecessary files and applications, and then get rid of them. You may also want to clean your hard disk using the SFC/scannow command.

To avoid messing things up, you can automate computer cleaning by using professional PC cleaners. One of the tried and tested PC cleaning software is Outbyte PC Repair. This tool will not only help you diagnose your PC issues, but it will also get rid of junk on your computer, such as unneeded applications, obsolete entries, expired caches, and other space hogs. The result is a clean computer that performs at an optimal level.

Apart from cleaning and tidying your computer, plan to have some restore points, which you can roll back to in case your PC misbehaves. Use the System Restore feature to create restoration points when your device is still in good working condition. Also, remember to keep a backup of your most valuable files. Store them on an external disk or in the cloud.

Comrade.exe is not a harmful file, but you need to verify if it is legitimate. Sometimes, when installed on the wrong folder, the file may cause issues. Additionally, hackers may create malware with a similar name. So, you need to find out if what you have in your system is a virus or a legitimate file. We would recommend that you get rid of GameSpy application altogether if you are not using it. The software is more likely to be the cause of Comrade.exe errors.

Share with us what you think of this executable file in the comment section. Do you know how it find its way into your system? Is it a legitimate file or something your PC is better without?