Home » Files » What is AppNHost.exe? 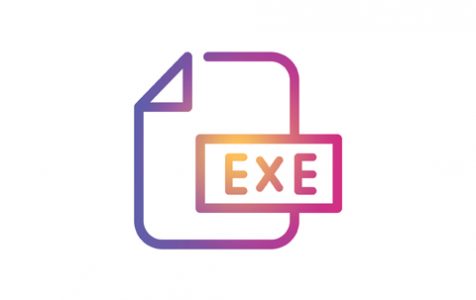 The rule of thumb in the PC industry is that if you see a file with a .exe extension, you should be skeptical and careful when handling it. This is true considering that .exe files are executable and can cause harm to your PC. The fact that you are here possibly means you have come across the appnhost.exe file on your PC. If you are conflicted on whether to delete it or leave it as it is since it might be a Windows OS file, feel free to continue reading and get your answer.

Appnhost.exe is affiliated with AppNHost services and it’s an executable file. The file is developed and designed by Mixesoft Project. It is also referred to as Apps Native Host. You can find appnhost.exe official directory kept in C:\Users\Username. The file size is not that large adding up to only 453 bytes in volume.

If by any chance you see appnhost.exe file stored in another location portraying great difference in file size, then; you’re likely dealing with malicious software. Malware is often named after real programs, hence managing to remain clandestine in your computer. Now, if you have verified that you are dealing with malware, you mustn’t hesitate to get rid of appnhost.exe.

As mentioned above, the real appnhost.exe file is not a virus, but malicious programs tend to keep using its title to remain hidden in your PC. If you find a bad appnhost.exe file in your computer, you might have got it through a Chrome browser extension called Click&Clean. Most people choose this extension as it claims to help you get rid of cache as well as other unnecessary objects. However, on several occasions, the app has been reported as malicious.

If you have already identified appnhost.exe as a dangerous malware, it must be removed at all costs. Alongside other harmful malware and software components, getting the help of a trusted app or program is the best solution.

IT professionals and other technicians can have a go at manually removing appnhost.exe. Otherwise, avoid mistakenly deleting legitimate files by totally avoiding the process of self-deleting. Use a reviewed and trusted anti-malware utility. This will help you clean the system and protect your PC from dangerous malware while uninstalling appnhost.exe and other similar threats.

Before selecting the best anti-malware to go with, be certain that the anti-malware will perform a full test, scan your PC, detect issues, and list them for you to review. From here, you can then finally permanently remove appnhost.exe and other malware found during the scan. Going forward, your selected anti-malware should provide you with full security protection each time you surf the net. Browse with ease in the knowledge that all your security issues are well taken care of and you will not face appnhost.exe associated issues.

IT pros who want to remove appnhost.exe by themselves should start by locating the threat. Usually found under “C:\Program Files” – this file can be removed manually when following its path. Open the icon of the Add\Remove program under Control Panel, locate it, then select it alongside any other suspicious programs added around the same time as appnhost.exe. To find and uninstall the software, follow these steps:

Remember, if you are an average computer user, try to avoid this at all costs as you might end up mistakenly deleting important files. Rather, select a trusted anti-malware utility and let it automatically do the job for you.

How to Know That Your AppNHost.Exe File Is Now Corrupt?

Even if you just know the basics, you should still be able to determine whether or not to keep appnhost.exe. To act on an appnhost.exe file, you should have first noticed some of the following error messages:

Is AppNHost.Exe a Legit File?

To begin with, appnhost.exe is legit. Remember that this file was developed by Mixesoft Project and falls under the AppNHost services. When functioning properly, appnhost.exe is stored officially on your PC under the C:\Users\Username or C:\Program folder. It stops being legit once the location changes and the size deviates a lot from 453 bytes.

To answer your question., appnhost.exe is a fully digitally signed file that is not a Windows system file. If anything, this file becomes corrupt because it doesn’t fall under essential Windows files. As a result, one can be sure to experience problems caused by malware parading as an appnhost.exe file. Microsoft knows of this issue and has made it possible to remove it somehow. Again, the emphasis is on removing it only if you’re a professional. Otherwise, install a trusted anti-malware utility to remove such malware on your behalf.

Alongside other error messages and size as well as location differences from the legit file, there isn’t anything else to go by when determining whether or not to remove the appnhost.exe file. As a safety measure, always give first preference to a professional before trying to manually remove the file by yourself.