What is a Text File? 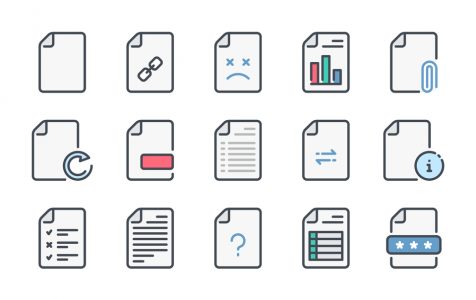 In the PC language, a text file is any document that contains some sort of text. However, there are various types of documents that contain text, hence the need to identify them before deciding to create or convert it. The type of text file determines the program that you will be dealing with to open and edit it.

Commonly, a text file is any document that contains only text without images or any other none-text characters. In most cases, these files often use .TXT extensions, even though they necessarily don’t need to. Take for instance a Word file that only contains essay text, but has a .DOCX extension format. Despite the extension, the file is still a text file.

There is also a plain text file, which is a file without any sort of formatting, unlike the RTF documents. This means the files does not have any sort of text format such as bold letter, italics, colored, underlined, or any type of special fonts and so forth. There are various types of plain text files which include REG, SRT, IES, AIR, STP, XSPF, DIZ, THEME, as well as TORRENT to mention a few.

Moreover, documents that use .TXT extension are text files as well. They are frequently used to store anything that can be opened using any text editor program or composed to a none-complicated script. A good example of such files includes storing set up instructions of a particular program or logs created by a software (although the latter are usually kept in a LOG file).

There is a difference between plaintext or cleartext and plain text (take note of the space). If the documents are supposed to be encrypted but aren’t, they exist in plaintext. This sort of format can be applied to anything that must be secured but isn’t, such as emails, passwords or messages.

How to Open a Text File?

Using any text editor, you must be able to open any sort of text file as long as it doesn’t require any special format. For instance, you can open a TXT document using the built-in Windows program Notepad which is equivalent to TextEdit on Mac. Another free common program that can easily open these types of files is Notepad++.

If, for some weird reason, you don’t have any TXT file opening program in your system, you can use any browser to open the documents. Most desktop and mobile browsers can open text documents. However, since most of the browsers are not genetically designed to handle such kind of functionality, they are limited to few extensions. Therefore, it is advisable to convert your file to .TXT extension to get the most and fluid experience if accessing it via a browser. Other text editing apps that one can rely on include the likes of MS Word, TextPad, as well as Geany. For macOS users, they can rely on BBEdit or TextMate. If you are on Linux, then the likes of Leafpad and KWrite will do the work just fine.

A true text file cannot contain a virus as it can’t execute it. However, virus developers can disguise a malicious file as a .txt to play users into thinking that the file is safe to open, whereas, it will be containing an executable malicious code. This can be achieved through the implementation of multiple extensions. A suspicious text file will read like this; filename.txt.exe. Thus, when the user sees this file without paying much attention, they will think it’s a text file.

Moreover, in most cases, the user may not be able to see the second extension since the operating system might hide the last extension by default. Even if you decide to turn off the hide option, you can still get fooled if the malicious app developer adds extra spaces in-between .txt and .exe extensions like this; filename.txt………………………………………exe. This trick will force your system to hide the actual extension since the width of the column won’t be enough to accommodate the complete name with the dots.

Programs That Can Open Text Files

The important thing to know is that it’s possible to open any documents in text format even if the content is not readable. This is essential, especially if you are suspicious that they might be a missing extension on the file. For instance, you can plug an MP3 file into a text editor and the app will only render data in text format. It won’t play the sound, but you will be able to see what it’s made of. For example, the first line in an MP3 text file must include ID3 as an indication that it’s a metadata container. Another good example is a PDF file, which, when opened using a text editor, the first line will contain %PDF.

You can convert a text file to another text-based file format such as PDF, HTML, CSV, or etc. Most of the advanced text editors can do this, but the basic ones cannot perform this function since they can only support exported formats. For instance, you can use Notepad++ to convert text documents to formats which include PHP, PS, SH, AU3, BAT, VHD, JAVA, TEX, as well as KML.

Here are the common programs that can open text files: