Home » Files » SmoothView.exe Information: Is It a Valid File?

SmoothView.exe Information: Is It a Valid File? 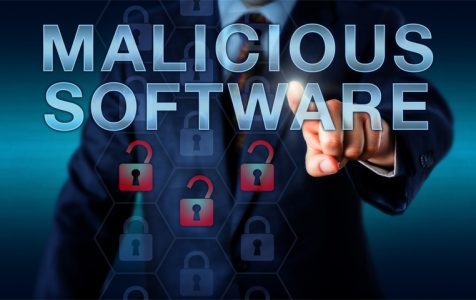 If you are familiar with Toshiba Zooming Utility, you will agree that it is a useful application that provides picture-in-picture screen magnification. This program is often bundled with devices made by Toshiba. For it to run smoothly on your system, it requires an executable file called SmoothView.exe.

In this article, we will answer critical questions about this file, such as:

SmoothView.exe is an executable file belonging to Toshiba Zooming Utility. The primary function of this file is to aid users to control various zoom settings manually in applications, such as WMPlayer and Adobe Reader. However, if you are not a Toshiba user or you did not opt for the download of the Toshiba Zooming Utility, and you have it on your computer, it is likely to be a fake SmoothView.exe. A faulty version of this file can cause problems in your system, ranging from error message pop-ups to slowness.

The legitimate version of the file is located in C:\Program Files\TOSHIBA\SmoothView or C:\Program Files (x86)\TOSHIBA\TOSHIBA Zooming Utility. The file has a known size of 118,784 bytes, but it has 14 other variants, with the most recent ones being 3, 0, 13, 64.

Other crucial information about SmoothView.exe is that it is not a Windows core file and usually invisible. Nonetheless, it is an important process that runs on Windows startup. However, it isn’t required to start automatically considering that you only need it when you are running applications that use it. Therefore, its technical security rating is 26% dangerous.

Based on the above knowledge, by now, you are probably asking yourself: Is it safe to download SmoothView.exe? Well, SmoothView.exe is a valid process that launches on Windows startup. But as you already know, executable files, in some cases, might damage your computer. Moreover, hackers can use names of legitimate files like SmoothView.exe to disguise malicious ones. And the tricky part is that these criminals make sure it stays hidden for long. Thankfully, there are noticeable symptoms that might appear after the infiltration, including:

Generally, you need to investigate whether or not the file in your computer is a malicious variant. You can get this information by checking the process in the Windows Task Manager. If you have two processes running in the background that share the same name as SmoothView.exe, then you can be sure that one of them is illegitimate.

Likewise, if the process is using a lot of CPU resources to the point of slowing down your computer, then it is likely to be a virus. If the SmoothView.exe virus is running several activities in the background, then your device resource utilization can rise beyond 90%, which might trigger a system crash. Typically, a legitimate SmoothView.exe rarely uses a lot of system resources.

Another way to determine the legitimacy of an executable file is to check its location on your device. For instance, SmoothView.exe usually resides in C:\Program Files\TOSHIBA\SmoothView or a similar location. So, if it is hosted elsewhere, then that could indicate that it is a virus.

If SmoothView.exe in your computer hasn’t caused a problem or shown any signs of being a virus, then there is no need to panic. But if you suspect that the version in your machine is a fake one, then you should remove it. The SmoothView.exe virus could collect useful information, such as your financial information or account credentials, and use it for commercial gain.

To be sure that the executable file in your PC is a virus, you can scan your device with a reliable antivirus program. We recommend you use a tool like Outbyte Anti-Malware because it has advanced features that will help you detect malware-laden strings. If the antivirus detects the file as being harmful, you should get rid of it immediately.

To get rid of SmoothView.exe manually, you need to uninstall the program that executes it. Here, you will need to remove the Toshiba Zooming Utility. However, the process may not be efficient if you are dealing with a virus infection. Some virus components may remain in your system, causing you problems along the way.

For this reason, the removal process can be carried out safely by using professional cleaning software like Outbyte PC Repair. This tool will not only clean junk on your system, but it will also detect damages caused by the virus.

To minimize the damages caused by viruses, always make regular backups of your most important files. Also, remember to create some restoration points, which you can roll back to whenever an issue arises.