Home » Files » Is Registryoptimizer.exe a Virus? 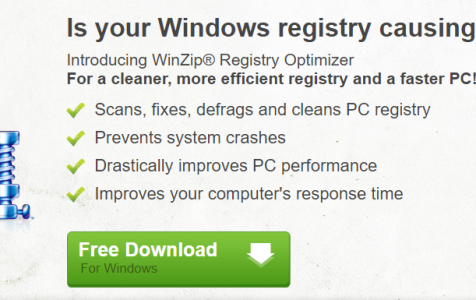 Most optimizer tools have a bad reputation because malware and viruses just love to mimic them. When you download an optimizer for your computer, especially from a third party website, there is a huge chance that it could either be fake or malicious.

However, this is not to say that there are no genuine PC optimization tools out there. There are several optimizers that actually do their job, you just need to know where to find them. One of these utilities that are often mistaken for malware is registryoptimizer.exe. As the name suggests, this piece of software cleans up, repairs, and optimizes the Windows registry.

Unfortunately, a lot of Windows users have reported experiencing performance issues when the registryoptimizer.exe process is running, making them believe that this tool is malicious.

We all know that the more applications are installed on your computer and the more changes you do in the system, the more entries will be created in the Windows registry and it will become congested, causing your PC to slow down. This is where registryoptimizer.exe is useful. This utility scans for damaged entries and tries to repair them as much as possible.

Registryoptimizer.exe or WinZip Registry Optimizer is categorized as a Windows registry repair software created by WinZip International LLC. It is designed to restore potentially damaged or broken registry entries by scanning for those that point to files that have been deleted from your computer.

WinZip Registry Optimizer is a lightweight utility, with the installer only about 13MB in size.

Is Registryoptimizer.exe a Legit File?

You see, after installing the utility, you’ll notice three tasks that are automatically scheduled on your computer. These tasks are the following:

These behaviours lead some Windows users to suspect that this utility is actually malicious. However, these are normal actions for the registryoptimizer.exe software, and a lot of apps behave this way as well.

If you want to determine whether registryoptimizer.exe is malicious or not, you need to look at a few things and compare what you have on your computer with the known default information for this software. Here are some of the details you should consider.

Check the installation folder of the file. Go to Task Manager, right-click on registryoptimizer.exe, then choose Open file location. This should lead you to the installation folder, which is C:\Program Files\WinZip Registry Optimizer\. If you see a different folder, then there is a chance that what you have is fake or malicious.

In the installation folder, you should also see these additional files that were installed together with the app:

If there is any inconsistency with the information above, then you need to uninstall WinZip Registry Optimizer from your computer to be safe.

To uninstall WinZip Registry Optimizer from your device, follow the steps below:

If you’re having trouble uninstalling WinZip Registry Optimizer, you might need to boot into Safe Mode first to make sure that no third-party components are running.

You can also use your anti-malware program to scan your computer to delete other infected files.

How to Avoid Fake PC Optimizers

With so many viruses and malware disguising as registry or PC optimizers, it isn’t surprising if you find that the registryoptimizer.exe process running on your computer is malicious.

But how do you stay away from them? Here are some tips: