Home » Files » How to Deal with STOPDecrypter.exe

How to Deal with STOPDecrypter.exe 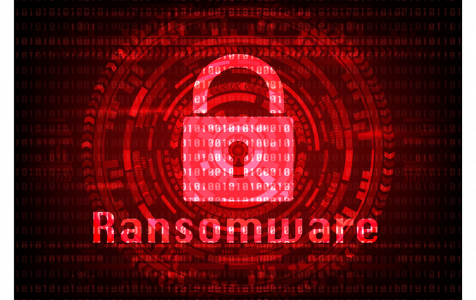 Ransomware has been running rampant these days, with the number of attacks growing by the minute. This malware is so insidious because it encrypts the affected computer’s files and holds them hostage until the user agrees to pay the ransom money, which is usually in Bitcoin or other cryptocurrencies.

STOP Decrypter was created in the time when STOP ransomware was one of the most prolific ransomware that has been causing chaos in the internet security industry. The STOPDecrypter.exe file is associated with this decryption tool and it is used to recover the files encrypted by the ransomware.

However, STOP decrypter is no longer working. This tool is no longer able to decrypt files affected by the Djvu or STOP malware variants because cybercriminals have started to implement stronger encryption algorithms and online keys, instead of the offline keys being used before that were easily decryptable. The latest version of STOPDecrypter.exe is STOPDecrypter v2.1.0.9.

Because of the encryption and coding changes made by the cybercriminals, the STOPDecrypter tool is no longer supported and has been discontinued. It has now been replaced by the Emsisoft Decryptor for the STOP Djvu Ransomware variant. This new decryption was developed by Emsisoft in coordination with the same malware expert who developed STOPDecrypter, Michael Gillespie. This decryption tool works for ransomware variants that have released recently.

STOPDecrypter.exe can be used to remove the encryption of the STOP ransomware and recover all photos, documents, music, video, and other files for free. This tool used to work for files that have encrypted by the old STOP ransomware and some older variants. Unfortunately, trying to decipher the newest versions is impossible because the encryption process can be done only with offline malware versions. Starting with the Gero ransomware, Coharos ransomware, and Hese ransomware, the tool is no longer effective.

When you see the STOPDecrypter.exe process running in the background under Task Manager, you need to investigate first where the process came from. If you have the decryption tool installed on your computer, then the process might be related to it. But if you have no such program installed on your device, then you’re probably looking at malware.

Along with the presence of this unfamiliar process, you might also notice some symptoms that indicate malware infection, including:

If this is the case, you need to remove the malware from your computer before it causes permanent damage to your system.

Once you have uninstalled the main malicious app, go through each of the folders on your computer and delete all files associated with STOPDecrypter.exe. The easiest way to do this is by using a PC cleaning software to make sure that you don’t miss any leftover files.