Home » Anti-Malware » What is Raccoon Malware?

What is Raccoon Malware? 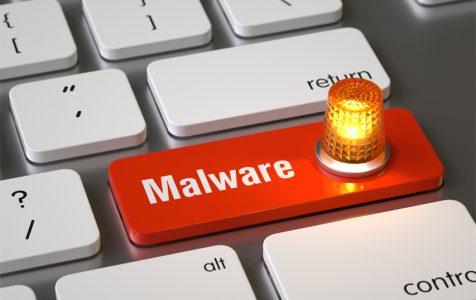 Raccoon malware is a subscription-based malware that targets 60+ applications, including the world’s most popular browsers. It is an information stealer that initially targeted computers in Russia and other eastern European nations before making it to the English speaking world in 2019.

Hackers who are interested in purchasing the malware for their hacking campaigns can do so in the dark web where it is distributed under the malware-as-a-service model (MaaS) for as low as $75 a week or $200 a month. After paying the amount, hackers get access to an administration panel where they can customize the malware, access stolen data, and download the builds of the software.

What Can the Raccoon Malware Do?

The malware is also interested in cryptocurrency apps like Electrum, Exodus, Jaxx a,nd Monero, and seeks for their wallet files in the default positions alongside the wallet.dat files.

Email applications are not spared either, as the malware will steal data from Outlook, Foxmail, and Thunderbird. The data stolen by the malware is then used to perpetrate financial and identity fraud against the victim. The data can also be used for blackmail campaigns.

How to Remove Raccoon Malware

You can remove the raccoon malware through a number of ways. The easiest and most sure way is to use an antivirus program such as Outbyte Antivirus. The anti-malware tool will scan your computer, find and get rid of raccoon malware and any other malicious software for that matter. More importantly, it will keep guard against any future attacks.

For more comprehensive measures against malicious software, you need to combine the power of antivirus with that of a repair tool such as Outbyte macAries. The repair tool will help you sort through the list of installed apps and delete both problematic and apps that are rarely used. It will also scan your computer for all kinds of junk including cache files created by browsers and apps, broken downloads, old iOS downloads, recent files and so on. It is these files that the raccoon malware scans for vital data. Here are a few other options that you can use to get rid of the raccoon malware:

You can use the System Restore utility to revert any undesirable changes to your Windows PC that took place after a certain restore point. The following are the steps to take when performing system restore on a Windows 10 computer:

At some point in the system restore process, you will be presented with a list of apps and settings that will no longer be available after the restore process is complete. Just make sure that the program that you are targeting for removal is on that list.

Safe Mode is the barebones version of Windows that runs a minimum number of apps and settings needed for the Windows OS to perform basic duties. It is an excellent way of isolating any apps, malware, or settings that are problematic.

With Safe Mode with Networking, you can access network resources, such as the internet, and use that to download utility tools and access to blogs like this one where you can get some tips and tricks on dealing with malware-related issues.

The following are the steps to take to boot into Safe Mode with Networking from the sign-in-screen:

To exit Safe Mode, take any of the following actions:

If all else fails, you can opt to reset your computer to restore your default windows settings and apps. This option will remove any and all apps that did not ship with the computer, including the raccoon malware. Resetting your computer gives you the option of saving your files, meaning that it is not that a dramatic option after all.