Home » Anti-Malware » What is PsiXBot Malware? 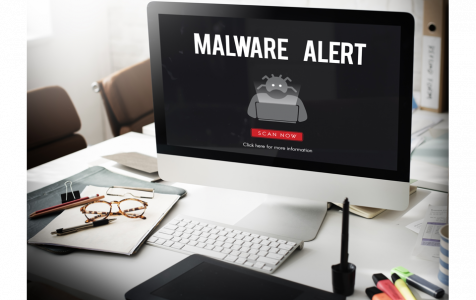 The PsiXBot malware is a key-logger or a backdoor Trojan that first came to the attention of cybersecurity researchers in 2017. Since its inception, the malware has evolved considerably from a simple Trojan to a full-blown malware entity that is able to load and execute code and with the ability to compromise entire networks.

What Does the PsiXBot Malware Do?

The PsiXBot malware is mainly distributed through a dropper such as the SmokeLoader Trojan. Once inside the victim’s computer, it will check whether the victim’s system language is Russian and if it is, it will terminate itself. This gives the indication that it is looking for targets outside of the Russian Federation. It also means that it is likely controlled by Russian cybercriminal groups.

The malware payload is deployed under %AppData%\Local\Microsoft\[filename].exe after which PsiXBot contacts its control and command center (C&C) which appears in the malware code as an array of bit names with weird naming such as mygranny.bit.

What the PsiXBot bot does on your computer is to forage for system details, such as the user name, system information, hard drive space, .Net framework version, user permission level, present antivirus software, and the OS version.

After sending these, it sits idle waiting for further commands from its masters. Depending on the goals of the cybercriminals, the PsiXBot virus will download additional modules that provide increased capabilities. Some of these capabilities allow it to execute code in the victim’s computer, steal passwords and credentials, and to log keystrokes.

These capabilities make it a very dangerous malware because if cybercriminals get credentials relating to banks and other sensitive accounts, they can use these to perpetrate financial and identity fraud. On the other hand, given that PsiXBot is a known malware loader, it can be used to download malware entities such as ransomwares that could also cause significant financial damage to the victim.

How to Remove PsiXBot Malware

Is there a way of removing the PsiXBot malware? With a powerful anti-malware solution such as Outbyte Anti-Malware, you can not only remove the PsiXBot malware, but also avoid secondary infections. The matter of secondary infections is especially concerning because PsiXBot is one of those persistent malware entities that keeps on resurfacing. So, if you are going to rely on one of those ‘free’ anti-malware software, it won’t be long before another more potent infection finds its way into your device.

To completely remove the PsiXBot malware, it is essential that your run your Windows PC on Safe Mode with the option of networking.

The Safe Mode option will limit the influence of other apps, except those that are default to the Windows OS, thus making it easier to troubleshoot PC issues.

The following steps will get you to the Safe Mode with Networking option on both Windows 10/11 and 7 devices:

Your device will restart in Safe Mode with networking and you can now launch the anti-malware or download it from the internet.

After the antivirus is done isolating and removing the virus and all its malicious code, launch a PC cleaner app that will remove all junk files in the %Temp% and downloads folder as it is very likely that the initial installer still exists somewhere among the files. A PC cleaner also comes with the added advantage of repairing broken, corrupt, or missing registry entries.

For a malware entity that is as sophisticated as the PsiXBot Trojan, you should complement the efforts of the anti-malware as well as those of the PC repair software with at least one Windows recovery tool.

Windows recovery tools allow you to modify the Windows OS, apps, and files on your computer such that everything is as close to its default state as possible. For this PsiXBot malware removal guide, we are going to suggest you use either of the following Windows recovery tools:

System Restore restores the performance of your computer to a previous ‘state of performance’. So, if you have a restore point which was usually created when you are convinced that everything was running smoothly, you can use it as soon you start experiencing PC issues caused by malware entities or otherwise.

Here is how to use System Restore on a Windows device:

The other Windows recovery tool that we recommend is the Reset this PC. This recovery tool gives you the option to either keep your files and folders or remove everything.

How to Avoid the PsiXBot Malware

Fine! You have now removed the PsiXBot malware. What’s next? Obviously, you would want to avoid the vectors that led to the infection in the first place.

PsiXBot is mainly spread through phishing campaigns that come in the form of fake invoices that are uploaded in legitimate file hosting platforms such as Dropbox. In some cases, compromised machines are used to spread the malware to an entire network. Knowing this, you can use the following tips to keep safe: