Home » Anti-Malware » What is Mokes Malware?

What is Mokes Malware? 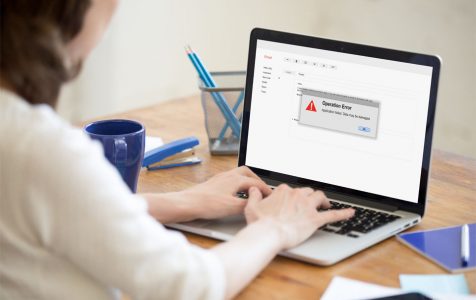 Mokes is mainly a macOS malware that was first discovered in 2016 by cybersecurity researchers. It was created with the goal of stealing passwords and financial information from its victims. Mokes will also forage for other pieces of data, such as personal files, sensitive accounts, and cryptocurrency wallets. Basically, it steals anything that can be of value to the cybercriminals behind the malware entity. Aside from macOS, Mokes also attacks Windows and Linux-based systems where it also creates a backdoor that cybercriminals use to issue commands.

What Can the Mokes Malware Do?

The greatest danger that the Mokes Trojan poses is the stealing of financial data and giving cybercriminals access to the victim’s computer. Once it is installed on a device, Mokes has the ability to take screenshots every 30 seconds and, steal keystrokes data, and therefore acquire user passwords and other sensitive information. The stolen data can then be used for blackmail, financial, or identity fraud.

Cybercriminals can also take over a device and issue commands that can compromise its wellbeing. Such commands can for instance, direct the Mokes malware to download ransomware or cripple entire networks.

How to Know If Mac Your Is Infected with Mokes Malware

The Mokes malware is very sophisticated and will hide in unexpected places, thus finding it maybe an arduous task if you don’t know where to look. That said, how do you even start looking? You should start the moment that your Mac starts behaving in unexpected ways like slowing down, restarting occasionally, or when it takes too long to load. When that happens, go the Home Library Folder known as App Store and look to see if there is a background service called ‘storeuserd’. If it exists, then your computer has been infected as that is not a legitimate macOS file.

How to Remove Mokes Malware?

Halting the spread of the Mokes malware on the macOS and Windows platforms is not easy. Apple even issued a series of security patches that were meant to seal the exploits that the malware used to infect Apple devices, but the malware was somehow able to overcome these. All is not lost in the battle against the malware strain, however, given that some anti-malware solutions such as Outbyte Anti-Malware have proven themselves capable of dealing with the threat.

Download it on you Mac or Windows device and use it to perform a comprehensive scan on your device. On both macOS and Windows, you will need to run your device on Safe Mode with the option of networking so as to give the anti-malware enough room to perform the scanning and removal tasks.

To start your Mac on Safe Mode, take the following steps:

Depending on what device you are using, now run the Outbyte Antivirus and give it enough time to find and terminate the Mokes malware.

Since the Mokes malware is likely to have significantly altered the performance of your computer, it is important to nurse it back to good health with a PC repair tool if you are a Windows person, or Outbyte macAries if you are running on macOS. Either of these tools will repair broken registry entries, optimize the RAM, delete junk files, and issue diagnostic reports that will help pinpoint issues on your PC.

How to Manually Remove Mokes Malware on macOS

The Mokes malware replicates itself and hides in numerous Mac files and folders. Thus, to remove it manually, you have to go to each of these files and folders. Using the Finder menu, go to the following locations and delete the files by dragging them to the Trash.

To manually delete the Mokes malware on a Windows PC, you will have to either reset your computer or use a restore point as its files and folders are also in hard to find places.

How to Prevent the Mokes Malware

Mokes is normally spread through phishing campaigns that involve sending spam emails. Thus, if you could be more careful before opening any attachments or clicking on links that are contained in the emails, then you could greatly reduce your risk of infection.

That said, you also need to update your OS so that you can take advantage of the latest security patches that are issued by Apple and Microsoft. Malware such as Mokes take advantage of vulnerabilities in software programs that are not updated so updating yours will lessen the risk for you.

Do you know of any other Mac virus? Let us know in the comment section below.