Home » Anti-Malware » What is a Human-operated Ransomware Attack?

What is a Human-operated Ransomware Attack? 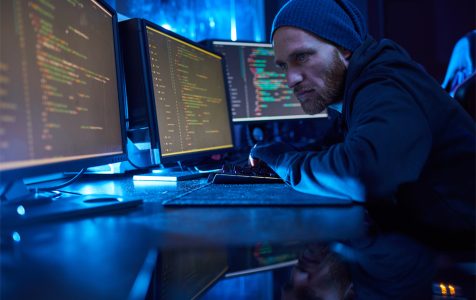 Human-operated ransomware attacks are hands-on-keyboard attacks that are very hard to deal with. Unlike other ransomware attacks that are malware led, these attacks depend on human actors who can easily leverage their knowledge on system administration and network security misconfigurations to counter any cyber defenses. The human actors are also more adaptive and can perform thorough reconnaissance on their target before initiating the attack.

Most human-operated ransomware attacks begin with a Trojan malware that gives hackers remote access to a computer. The Trojan steals sensitive data, such as banking details, passwords, and other credentials that cybercriminals use to escalate the level of privilege on a computer. The attackers can then use their ill-gained access to load other malware entities, including ransomware.

Examples of ransomware strains that are associated with human actors, include Ryuk, Samas, and the Bitpaymer ransomware.

What You Need To Know About a Human-Operated Ransomware Attack

Human-operated ransomware attacks are getting frequent by the day, and while they normally begin with the deployment of a banking Trojan such as Emotet, they also take advantage of stolen or passed down credentials.

The other thing about human-operated ransomware attacks that you need to know is that they are not all concerned with stealth in that they can use brute force attacks and even operate in unfettered networks. They are also persistent because even when they are detected and stopped by anti-malware software, cybercriminals just deploy other payloads until one is able to bypass cyber defenses.

What to Do About a Human-operated Ransomware Attack

Microsoft notes that most human-operated ransomware attacks target large organizations as their prime motivation is to make as much money off ransom payments as possible. For this reason, Microsoft calls upon organizations to have shift their mindsets and to focus on comprehensive protection to stop and slow cybercriminals before they can achieve their goals.

Organizations could use the following security strategies:

Firewalls create a security barrier between a PC user and the outside world. They also prevent unauthorized access of the kind that hackers use to access business networks.

The risk of infection by Trojans, keyloggers, and info-stealers will always be there. And that is why you need to deploy powerful anti-malware solutions against any threats that you are likely to encounter.

After you install the antivirus, do not forget to use it to scan your computer or to check whether it is active or not.

Most Windows updates include security patches to the kind of vulnerabilities that cybercriminals use to infiltrate networks. And it is not just Microsoft that does this as other software vendors also issue occasional updates that deal with the same issue of vulnerabilities or zero-day exploits.

Should you receive an email from an unfamiliar source, there is no obligation for you to respond to it. And if you do have to respond, make sure that you are certain that the sender is authentic

How safe are your files? Will you be devastated following a ransomware attack? Those are the questions that you need to ask yourself in case something happens to the files on your PC.

Some servers allow automatic backups on a daily or hourly basis. You should consider using these.

If you rarely clear your browsing history or is in the habit of storing passwords and other credentials on your device, then you risk having the information stolen. Download a PC cleaner software and let it do the work of keeping your PC clean and optimized.

Have a Common Cybersecurity Strategy

Does everyone in the office know how to deal with cybersecurity threats? If not, it puts everyone at risk because many malware strains can now move horizontally and infect an entire organization. In other words, there needs to be just a single point of weakness for everything to come crushing down.

Two-factor authentication is a really strong defense against hackers because unless they are part of the organization they are trying to compromise, they have no chance of getting inside an organization’s computers.

Hopefully, these tips on how to prevent a human-operated ransomware attack will help you and your organization ward off any hacker groups seeking to cause chaos.