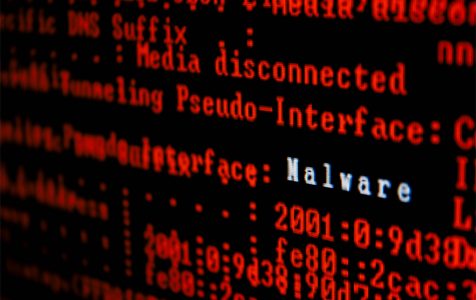 Cybercriminals nowadays are becoming smarter than ever, designing and creating viruses, malicious objects, and malware entities that appear to be legit, but are actually very aggressive.

One example of a lowkey yet dangerous threat is the so-called TrickBot malware.

What is TrickBot Malware?

The TrickBot malware has been existing for quite some time now, compromising millions of personal email accounts and attacking corporate networks.

The first-ever recorded TrickBot malware attack happened in 2016. Although it’s been more than 3 years already, it remained strong and powerful. In fact, it seemed to have evolved into a more powerful malicious entity with more functionalities that make it scarier than before. Businesses even consider it a top threat.

Recently, there have been talks that a group of hackers is using TrickBot malware in phishing campaigns. They took advantage of the remote ActiveX Control feature in Microsoft Word 2007 docs to execute malicious macros and carry out malicious doings. Once initiated, ActiveX Control will automatically launch a malware downloader called Ostap, which immediately communicates to its server. Do you know what makes all this interesting? All this happens because of phishing.

It is said that cybercriminals send out fake emails to victims, informing them of a missed payment. The emails contain fake invoice attachments, which in truth, are just booby-trapped Word documents.

According to experts who analyzed the phishing campaign, they discovered that the JavaScript component of the malware downloader is well-hidden in the Word document’s body as plain white text, making it appear unnoticeable at first glance.

When the Microsoft Word document is opened, a part of the malicious macro is executed. The moment the document is closed, all other macros run. Obviously, the attack is cleverly designed to thwart any behavioral analysis attempts.

Other Effects of the TrickBot Malware

Originally a banking Trojan, TrickBot is designed to steal financial and banking information from the computers of unsuspecting victims. It spreads through phishing emails that are sent across the networks of organizations and companies.

Sometimes, the malware disguises itself as a fake company newsletter sent by the HR department to everybody in the organization. Often, it pretends to be a fake resume sent by a candidate to the human resources department.

Once the malware penetrates an organization’s network, it quickly wreaks havoc in many ways possible. One way it exploits an organization’s vulnerabilities is through the Server Message Block (SMB), which is a file-sharing protocol used by many companies. This protocol allows users within the network to access and share files in a breeze.

While this malware can take many forms, one thing is clear. It surely knows how to disguise and hide in a Microsoft Word file attached to phishing emails.

To summarize what the TrickBot malware does, here’s how it works in four phases:

Clearly, this malware entity is very sneaky in nature, making it hard to detect. However, you can still protect yourself against it.

Here are some preventive tips to keep TrickBot from infecting your PC and collecting your data:

Don’t be deceived by the TrickBot malware. It may appear like a harmless entity at first, but once it starts its malicious doings, a lot of your personal and sensitive information may be compromised. At the end of the day, awareness and prevention are the two important things that can protect you and your computer from being infected.

Have you encountered this new and improved TrickBot malware that adds ActiveX Control? Share your experience in the comments!