Home » Anti-Malware » How to Remove the Andromeda Virus

How to Remove the Andromeda Virus 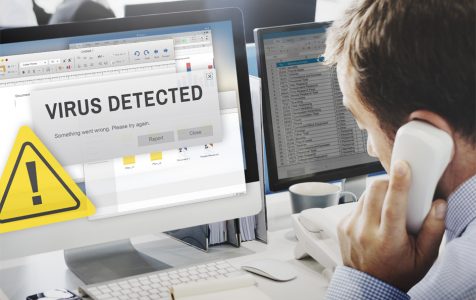 The Andromeda virus is a fake antivirus program which, once installed on your computer, will seek to steal sensitive information and pass the same to a remote server. One of its deceptive strategies is to create harmless Windows files only to later categorize them as malware. This creates the false impression that it is doing something to secure your PC against malware threats but it is all an illusion. Here is a list of some of the file names that are created by the Andromeda virus:

While the above files are the most commonly used ones to deceive victims, the Andromeda virus will also flag legitimate files as malware. This has the unintended consequence of disrupting a victim’s workflow as it makes some apps unresponsive.

What is the Andromeda Virus?

The Andromeda virus can be classified as rogue spyware whose only goal is to steal information from users. The information can be used to compromise user privacy, perpetrate fraud, or point out a device’s weaknesses that other malware such as ransomware can then exploit. So, is the Andromeda Antivirus safe? Definitely not, it is one of those programs that you need to remove from your computer ASAP.

How to Delete Andromeda Antivirus

The anti-malware will also keep vigilance so that malware such as Andromeda AV will never find their way into your computer ever again.

Other than an anti-malware solution, you might also want to consider downloading a PC repair tool that will make it easier for you to monitor the processes running on your PC and to uninstall problematic apps. A PC repair tool will also clean your registry entries of the fake and damaging entries that are created by the Andromeda AV.

The Andromeda AV can also be removed manually through a number of ways. In the following section below, we shall explore a few of these:

The Control Panel is a Windows component that can be used to view and change system settings. It can also be used to uninstall programs. The following are the steps to take:

The Task Manager is a Windows utility tool that lets you see which processes are running on your computer at any one time. It can be used to end tasks and to locate the files and folders that power processes. In the case of the Andromeda AV, the Task Manager can be useful in locating the Andromeda Antivirus folders and files. The following are the steps to take to achieve this:

It is important that you End ask before trying to delete the files and folders, otherwise your attempts at doing so will be unsuccessful.

System Restore is a Windows recovery process that lets you revert changes made to apps, settings, and system files past a certain restore point. Say that you installed an app that later proved to be problematic, if there exists a restore point before the app was installed, you can use that restore point and your computer will be in good health again.

Here is how to use System Restore on Windows 10:

Now that you have removed the Andromeda malware from your computer, it is only natural to ask how the program infected your computer in the first place.

It could be that you have downloaded the program as part of another software package just like happens when downloading the Google Chrome browser as you always end up having an Adobe product as part of the deal. Another likely scenario is that you visited an unsecured site or clicked on an infected link or attachment.

Whatever the case, be certain that you will be constantly running into such risks and that is why you need a powerful anti-malware solution to be on the lookout for any cyber-security threats.