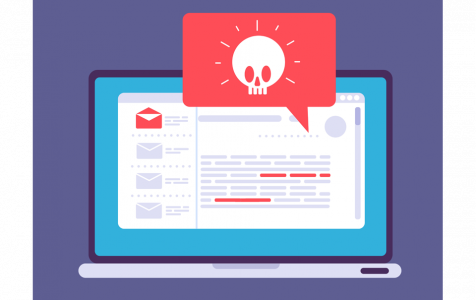 Contents hide
What Can Malware Do to Your Computer?
Ads popping up everywhere
Slow down your computer’s performance
Steal your personal information
Hijack your PC
Brick your computer
How to Spot a Fake Ad in Windows 10/11
1. If it’s too good to be true, then it probably is.
2. If you see a button, don’t click it.
3. If the message is too scary, then it’s probably not true.
What to Do About Fake Ads in Windows 10/11?
Final Notes
Remove Now

Like any other operating system s, Windows 10/11 has a lot of vulnerabilities despite Microsoft’s continuous effort to improve its security. Earlier this year, Microsoft had to pull out eight crypto mining applications from the Microsoft App Store that affected thousands of Windows 10/11 users who downloaded the fake apps, posing as browsers, search engines, video downloaders, computer optimization tools, and VPN apps.

And just recently, several Windows users have also reported spotting fake ads on Windows 10/11 apps. According to reports, fraudsters are delivering in-app ads using Microsoft’s own software. These fake ads pop up when users use native Windows 10/11 applications, such as Microsoft News app and Microsoft Games.

Just like online ads advertising fake tech-support services, the in-app pop-up ads alert the users of bogus security threats and other issues. For example, some users reported encountering warnings saying that their computer is infected with viruses and prompts the user to download a piece of software that would deal with the infection. Some warnings level up the threat by saying that the user’s personal and banking details are at risk.

When a gullible user clicks the Scan Now or Download Now button, it’s either they are whisked away to a phishing site or the malware is downloaded to the computer. That’s when their nightmare starts.

Aside from fake virus notification ads, you might also encounter an ad that says you won a new iPhone or other devices. Other ads encourage the users to participate in a weird survey and redirect you to a phishing website. Both these types of ads are designed to make the user click the button and enter their personal information.

These reports make users wonder: are ads in Microsoft’s own apps pushing fake malware alerts and malicious ads? That seems to be the case, which makes this issue a lot more problematic and dangerous. You see, these fake ads appear on genuine Microsoft apps, which makes people more likely to believe that these malicious notifications are real.

Microsoft is yet to acknowledge the issue, but a warning in German has been posted on Microsoft’s forums explaining the issue. The warning reveals that there is an increasing number of fraudulent ads that open malicious websites when launching or using Windows 10/11 apps. The warning urges users not to believe the fake malware alert or promised winnings because they are all nonsense.

What Can Malware Do to Your Computer?

Malware, along with other malicious software, is bad news for your computer. When your device is infected, it means that you’ve probably fallen for some scam somewhere, and that is how the malware got into your system. Malware, depending on its type, can do a lot of damage to your computer.

Here are some of the things malware can do to your computer:

If you’ve noticed your computer being sluggish after downloading a piece of software, then that’s probably a virus. Viruses are usually attached to a seemingly legitimate executable file and once they are installed on your system, you’ll experience very slow computer performance and even freezing. The most likely scenario is that a cryptocurrency miner starts digging for bitcoins in the background.

The main purpose of a spyware is gather sensitive information about the user and the user’s online activities. There are many forms of spyware, including keyloggers designed to steal passwords and worms to spy on your network.

Ransomware is one of the most popular types of malware right now. Once the ransomware is on your computer, you will lose access to your device and the attacker will hold it hostage, unless you pay a specific amount of money.

In the worst case scenario, malware can cause your computer to totally crash and not boot again.

Malware, if not completely removed, can cause various damages to your computer and personal information. There are many antivirus programs in the market today, but the best solution is to not get your computer infected in the first place.

The best protection against malware infection is awareness. Distinguishing a legitimate ad or message from a fake can save you a whole lot of trouble and headache. Malvertising, which involves seeding malicious software in online ads to infect unsuspecting users, is very difficult to fathom. This is particularly true for those ads that are hosted on legitimate websites or applications, such as Microsoft apps in this case.

To make things easier for you, here are some tips on how to spot a fake ad and how to stay away from them:

Stay away from messages that say you won something when you haven’t joined any contest or those ads that offer get-rich-fast opportunities.

Do not immediately click a Download Now, Scan Now, Register Today, Sign Up Here, or any button that doesn’t look right to you. Just hover your cursor over the button and check the link at the bottom of the screen. If the link looks suspicious, close the browser or app immediately. Take note that Windows apps usually come in .EXE or .ZIP files, while Mac apps are typically in .DMG or .ZIP formats. If you’re downloading a song or a video and you see the extension is .EXE, you’re most probably downloading a virus.

3. If the message is too scary, then it’s probably not true.

Scareware is one of the most popular ways of delivering malicious software to your computer. If the warning’s scariness is over-the-top that it gives you a sense of urgency, then the warning is most likely not real.

If you happen to encounter one of the fake ads described above, don’t panic because it’s not the end of the world. Here’s a simple guide to help you circumnavigate fake ads and malware alerts safely:

Scareware and other types of malware can be tricky to spot, especially if they are being delivered by legitimate platforms, such as Microsoft. If you encounter any of these fake malware alerts or fraudulent ads, check the tips above on how to differentiate malware-laden ads from legitimate ones and follow the guide on how to remove them from your computer.