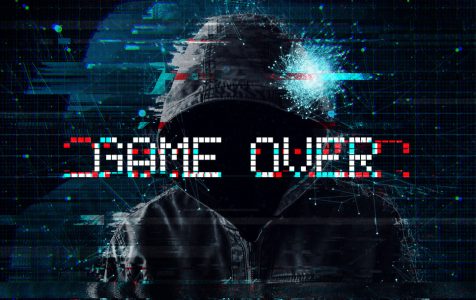 The number of PC gamers around the world has increased explosively over the years, making it one of the biggest in the Tech industry today. According to a recent study by Electronic Entertainment Design and Research (EEDAR), a subsidiary of the popular industry analyst, the NPD Group, reveals that 67 percent of the total US population plays games (211.2 million), while 52 percent of these active gamers play on the computer.

The explosive growth of the PC gaming community and the emergence of diverse gaming platforms have caught the eyes of scammers and cybercriminals. PC gamers are usually tech-savvy people who don’t fall easily for obvious scams. This is why online attackers, for the past few years, had to be creative in tailoring attacks for the video game market. Recently, cybercriminals have learned to capitalize on the gamers’ main interest and their only weakness: games.

Kaspersky Lab, a well-known security expert, has released a study that looked into another growing threat to the gaming community: malware hidden in fake video games. The researchers found that fake video games are hidden with malware and are difficult to distinguish from legitimate ones because of the lack of scanning process on digital distribution platforms.

According to Kaspersky’s report, almost one million gamers were hit by malware attacks from June 2018 to June 2019. The most abused game was Minecraft, a sandbox video game that allows users to build whatever they want to create using blocks. The malware that disguised as Minecraft installers has hit more than 310,000 users, accounting for 30 percent of the total online gaming attacks. GTA 5 came in as the runner up, affecting more than 112,000 users. The fourth place went to Sims 4 with over 105,000 users hit.

The report also revealed that aside from distributing malware hidden in fake video games, cybercriminals are also trying to lure PC gamers into downloading malicious software disguised as unreleased games. Spoofs of several pre-release games were detected to contain malware, with majority of them posing as Borderlands 3, FIFA 20, and Elder Scrolls 6. This strategy proves to be an effective bait for gamers who are too excited to try out the new games.

The report also found out that major platforms, such as Steam, Origin , and Battle.net, were filled with phishing attacks. Steam, being one of the largest game distribution platforms, contributed to the majority of the fraud attempts. Steam packs an average 1,000 online attacks per day during the second half of 2018. This number doubled in the first half of 2019. The highest daily number of Steam users hit in 2019 is 6,383 compared to 4,175 in 2018.

How to Detect Fake Video Games Hidden with Malware

Cybercriminals are getting extremely good with disguising malware as video games. In fact, if your using a legitimate digital game distribution platform, it will be difficult to determine which games contain malware. So if you want to download a new game, watch out for these telltale signs that might indicate malware hidden in fake video games:

If you encounter any of these signs when downloading a game, stop your download immediately.

How to Protect Your PC From Fake Video Games Containing Malware

When it comes to protecting your computer from malware hidden in fake video games, implementing standard internet security rules can help ensure your safety. Here are some tips to defend yourself against this kind of attack:

Most malware-infected games come from piracy websites. For this reason, users should only download games from the developers website or from the game distribution platform.

When downloading from a website, you should check the website’s authenticity first. Check the name of the developer and the description of the game. Any inconsistencies should raise a red flag. Make sure also that the website uses HTTPS in the URL.

4. Use a reliable security software to protect your computer against a wide range of threats.

Windows 10 comes pre-installed with Windows Defender, keeping your system protected from common malware attacks. But if you want to level up your protection, you might want to try other security solutions, such as Outbyte Anti-Malware, that offer a more comprehensive protection.

Fake video games hidden with malware is not something new. Cybercriminals have been doing this for a long time. What’s disturbing is how this trend has become a huge trend, infecting almost a million users in just a year. Being aware of the signs you’re downloading a fake game can help prevent potential attacks. Implementing security measures, such as installing a robust anti-malware software and downloading games from legitimate sources, can help ensure your safety while enjoying online games.