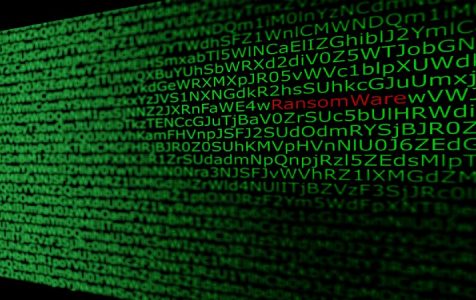 The boot virus has a goal of infecting a particular section of the computer system that holds data essential to the operating system’s functioning. While this virus was quite common around the early 90s, you are less likely to encounter them now.

Many brands that make motherboards have added layers of defense against them by limiting entry to the Master Boot Record in the absence of the user’s permission. You can check out Norton vs Intego antivirus to understand some of the tools that have been developed against viruses.

Nevertheless, in recent years, more advanced types of viruses have emerged that are set up in ways that allow them to work around that protection and attack the MBR. Thus, why not learn some basics to know what to expect?

There are several types of boot viruses that can be differentiated according to their target when attacking computers. They can either affect the Master Boot Record (MBR), the Floppy Boot Record (FBR), or the DOS Boot Record (DBR).

The Master Boot Record, sometimes called the ‘partition sector,’ identifies where the operating system is located. It is usually found on track zero and contains the program that reads the partition containing the operating system to be booted into RAM. The DBR is traditionally positioned in several sectors after the MBR. It has the primary part of the system responsible for the operation of the whole machine and additional logical drive data, called loader. The third sector, known as the FBR, has more or less the same function as the DBR.

Another method for classifying boot viruses is by looking at how they behave. Some of them may overwrite, others relocate data. An overwriting boot virus replaces the DBR, MBR, or FBR sectors’ information with its own. On the one hand, a relocating virus preserves the initial DBR, MBR, or FBR somewhere on the hard drive. Doing so might damage other sectors on the hard drive and corrupt all the data on it so that it is unreadable.

All forms of boot viruses have a specific feature. They are memory-resident. Every time the infected machine is switched on, the boot virus code is instantly loaded in memory. The virus then proceeds to trick one of the BIOS actions to remain in memory.

The most effective method of eliminating such a threat from your machine is to utilize a reliable antivirus program. It might take several hours to finish the scanning and removal, depending on your machine’s processing speed. However, you must note that even though it takes longer, it is one of the most effective means of removing malicious software.

How to avoid getting the boot virus again

You can use several strategies to ensure that your computer won’t be re-infected by the same virus again or any other type of malware.

You should make sure that your machine is protected with reliable anti-malware. Also, it is crucial to always search for new updates to your antivirus software. New virus updates are released on a regular basis, and they keep the user’s device aware of the latest cyberthreats.

Say no to suspicious connections

It would help if you were wary of removable media devices. These devices serve as a port of entry for many viruses, including the one covered in this article. Several types of anti-malware can vaccinate your removable media so that it doesn’t get infected by viruses. You should also ensure that you never connect removable media on your USB ports before you power on your computer.

These types of viruses can move from computer to computer if the machines are on one network. You should, therefore, avoid connecting to unsecured and public networks.