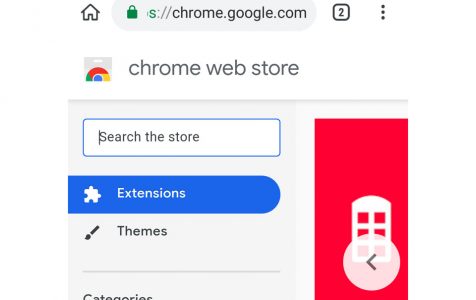 Smartphones are slowly evolving into mobile versions of computers, incorporating features that allow users to perform tasks that were originally possible only on desktops and laptops. Mobile apps are also adapting to the trend and becoming closer to their computer counterpart.

Among the popular mobile browsers for Android, Kiwi is probably the most innovative one. Last year, Kiwi was already able to use dark mode for its web pages way before Google started testing its own mode. And recently, the Kiwi Browser update for Android introduced Chrome Extensions support way ahead of the official Chrome browser.

What Is Kiwi Browser?

Kiwi is a lightweight Chromium-based browser that was released last year. It was developed by the XDA-member Arnaud42. It is a speedy browser with no ads, no distractions, and no annoyances. Kiwi works just like all other third-party browsers that are based on Chromium and WebKit, except for some notable and interesting features.

Here are some of the features that set Kiwi apart from all other mobile browsers:

Kiwi, however, does not support Chrome Sync and Data Saver because according to the developer, Google doesn’t allow third-party browsers to use their platform.

Kiwi Browser Chrome Extension Feature: What Works and What Doesn’t

Here are some of the Chrome extensions that the developer has tested out on Kiwi:

There is still much experimenting to do to come up with a complete list of Chrome extensions compatible with Kiwi.

Even though the developer has said that extensions that don’t rely on x86 will work on the Kiwi browser, actual experience proves this feature still needs a lot of work. Users should expect some compatibility issues, and alternatives should be considered. For example, the popular screenshot tool Awesome Screenshot does not work as it should on Kiwi. You might need to experiment with other screenshot tools to find one that works seamlessly with the Kiwi browser.

uBlock Origin is another extension that doesn’t work well with Kiwi because the per-page control is unable to function since the extension’s user interface opens in a new tab. Because of this, users have to find alternatives that are more compatible with Kiwi’s new UI.

This is probably one of the reasons why Google has not yet offered Chrome extensions on its mobile browser. Google Chrome for Android is so much different from the desktop version that it can be expected that some extensions won’t be compatible and won’t work. There is no easy way to find out which extensions will work or not besides trial and error. Doing this, however, will take some time and a lot of effort.

Despite these compatibility issues, the Kiwi browser Chrome extension is still a useful feature that could be improved on.

Here’s a tip: To minimize compatibility issues when you install apps and extensions on your mobile phone, use an app such as Android cleaning tool to clean up your system and optimize your device.

Follow the instructions below to add Chrome extensions on Kiwi:

Kiwi is one of the most popular mobile browsers on Android not only because it’s fast but also because it is innovative. Kiwi has been testing features that Google does not dare, including offering support for Chrome extensions. Although there are some extensions not supported and some compatibility issues that occur, this new update looks promising and will be useful to Kiwi users.