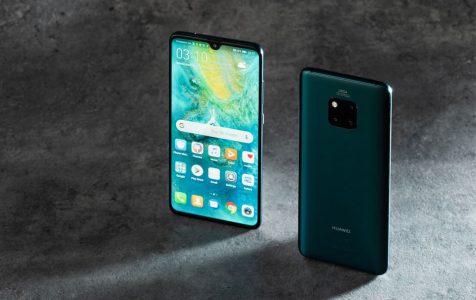 If you’re looking for something fresh and innovative, then the Huawei Mate Pro is the smartphone you’ve been waiting for. Say goodbye to boring phones that don’t do anything new and say hello to crazy ideas from this new flagship phone from Chinese telco giant Huawei.

The Huawei Mate 20 Pro was unveiled in London last week and totally blown away the participants with its host of seriously impressive new tech that sets it miles apart from competitors such as Apple and Samsung. However, just like all the other Huawei phones, this one won’t be available in the US because of the security disputes between China and US. But because of the promising and unique features of this new Huawei flagship, we’re pretty sure that smartphone fans will find a way to get their hands on it despite the unavailability.

The Mate 20 Pro is equipped with a wild bag of phone tricks, including three rear cameras, an on-screen fingerprint reader, 3D face-scanning, battery-sharing, a nanomemory card, and ultra-fast charging speed, among others.

This article will look at these features one by one, how they work, and what makes them unique.

What do you do when your other phone’s battery juice got drained and you need to access a contact or file saved on that device but got no charger? Why not charge it with your Huawei Mate 20 Pro? Yes, you can use your phone to charge other devices, even iPhones!

Contactless charging is nothing new because we’ve seen it in some phones, and the Mate 20 Pro also uses this technology to charge itself. But in the Mate 20 Pro settings, you can reverse the charging direction, allowing other devices to piggyback on top and charge from your device. The crazy thing is that it works on both Android and iOS devices!

The idea of using your phone as a wireless charging pad uses the same concept as a personal hotspot where you’re using your device to share an Internet connection with other phones. Imagine plugging your Huawei Mate 20 Pro into the wall outlet while wirelessly charging other phones at the same time. Genius, right? Just be careful of friends siphoning off your battery juice when you’re not around.

With Huawei Mate 20 Pro, you no longer have to choose between face unlocking or fingerprint reading as a security feature because you can have both! This new phone is armed with 3D Face Unlock, a feature that uses a camera similar to Apple’s TrueDepth camera and an infrared dot array to scan a face in 3D.

The Mate 20 Pro also has an in-screen fingerprint sensor for added security. It lets you unlock your device using your fingerprint effortlessly. When you hover your finger above the screen, a glowing indicator will guide to where you should place your finger down. As for which unlock is better, it is hard to decide because both methods work independently. If you prefer the old-school password or PIN unlocking method, you can enable that option through fingerprint or face-scan too.

If you’re a selfie addict or a photographer-wannabe, you’ll definitely love this Huawei Mate 20 Pro with its three different rear camera lenses. Phone manufacturers have been improving their cameras lately —with Samsung Galaxy A9’s four-camera setup to Nokia’s five-camera shooter. Huawei is not going to be left behind choosing to go the “more is better” approach. The three cameras include a telephoto, a wide-angle and a super-angle. Compared to Huawei P20 Pro’s camera system, which only has two zoom types and a monochrome camera, Mate 20 Pro’s Leica triple-lens camera system allows extra-wide angle shots of subjects and landscapes.

The Huawei Mate 20 Pro’s camera system is composed of:

Most Huawei phones work well with Google’s ARCore apps, but Huawei’s 3D Live Emoji is definitely on another level. By using the front-facing depth-sensing camera of the device, your phone can scan real-life objects and create an augmented reality version of the scanned object, which is similar to how Google Tango used to work.

The exciting part is what you do with the scan. Well, with Huawei’s 3D Live Emoji feature, you can turn the scan into an animated emoji. So if you scanned a stuffed bear, you can turn that scanned skeletal mapping of the bear into a dancing bear in the real world. It’s weird and exciting at the same time.

One of the newest features of the Huawei Mate 20 and Mate 20 Pro is the new memory card which is smaller than a microSD card. This nanomemory card can expand the phone’s storage by up to 256GB.

The features above make the Huawei Mate 20 Pro stand out from the rest, but it doesn’t mean that the standard specs aren’t as good as those of the other flagship phones. The Mate 20 Pro has a 6.39-inch curved AMOLED display with a 3120×1440-pixel resolution, which is very similar to the Galaxy S9 Plus display. However, the high-quality face-scanning camera is very much iPhone X-like. The Mate 20 Pro is like the hybrid version of Samsung and iPhone, incorporating the best of both worlds.

In terms of battery, it has one of the biggest packs in the market, with its 4,200mAh battery. It can also juice up very fast, up to 70% within 30 minutes using a 40-watt charger. The device is powered by Huawei’s own Kirin 980 processor that improves on-phone AI and camera intelligence.

Tip: If you want to maximize battery and performance of your device, you can use an app such as Android cleaning tool. You can extend your battery life for up to two hours, while optimizing your device’s speed and performance.

The Huawei Mate 20 Pro is nice to hold without feeling too big. Its dimensions are 158x72x8.6mm with the phone weighing only 6.7 ounces or 189 grams. The phone ships out with Android Pie 9.0, and you can choose between 6GB or 8GB RAM and 128GB or 256GB storage (expandable).