Home » Android » What is Picture-In-Picture and How Do You Use It?

What is Picture-In-Picture and How Do You Use It? 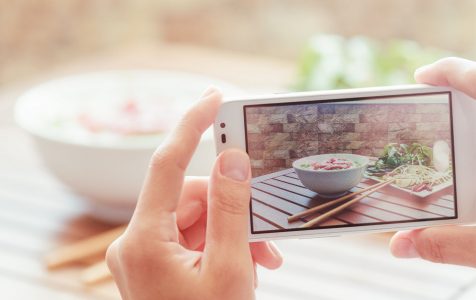 If you love multitasking, then this Picture-In-Picture Android feature is perfect for you! This feature is available for Android devices running Android 8.0 Oreo or later. What does it do? It allows you to multitask using your smartphone. For example, you can do a video call with a friend while checking out online reviews for your lunch meeting’s venue, or you can watch a YouTube video while searching for the place on Google Maps.

Picture-in-Picture lets you do multiple things at the same time, saving you the effort of having to go back and forth between different apps. It is perfect for heavy Android users who jump from app to app to get things done on time. This feature is also convenient if you want to do some things while waiting for a specific part of a video or you’re watching something you don’t need to pay full attention.

The Picture-In-Picture Android Feature is not something most users need every day, but it could come in handy when you’re planning something or organizing an event. So, why not give it a try?

How to Set Up Picture-in-Picture App

PiP is also compatible with other applications like VLC, Netflix, WhatsApp, and Facebook. Since this feature is not compatible with all apps and it is up to the developers if they want to update their apps to support this function, it is important to check which apps on your device have access to this picture app for Android.

Follow these steps to check whether your apps support PiP:

It will give you a list of all the apps on your device that support picture-in-picture and which ones have PiP enabled. To disable the Picture-In-Picture Android feature for each app, tap on the app and toggle the switch to off position beside Allow picture-in-picture.

How to Launch the Picture-in-Picture App

There are different ways to launch PiP, depending on the app that you will use.

Once you’ve launched the Picture-In-Picture Android feature on your favorite app, you will then see a window with your video at the bottom left of your screen. You can drag that window to any part of the screen. You can also tap the window to navigate: Play, Fast Forward, Rewind, or Maximize. The Maximize button sets the app back to full screen. To close the app, drag the window to the bottom of the screen.

The Picture-in-Picture Android feature can be straining for some smartphones because multiple apps are running at the same time. Boost your RAM and clean up junk files with Android cleaner tool to ensure that your apps run efficiently.