Contents hide
What does it mean to root your phone?
The benefits of rooting Android phones
Here’s a rundown of 10 advantages you gain when you root your Android phone:
Risks and disadvantages
Conclusion
If you answer yes to these questions:

Perhaps the burning question for many Android users is this: is rooting your phone safe?

Android is among the most open, malleable, and customizable mobile operating systems out there, and you’d be surprised at how easy and convenient it can be to root your Android phone.

Allow us to walk you through the benefits of rooting Android phones, and touch on both the advantages and disadvantages.

What does it mean to root your phone?

In simple terms, rooting means getting root access to your device or obtaining administrative privileges for it. This is because while you may have paid for your Android phone, the internals of the device remain locked away.

Rooting enables you to serve as your phone’s administrator, not just its passive user.

For instance, you can browse the Android root folder, make changes to the system files, and as a result modify, install, or remove some of the gadget’s key elements. 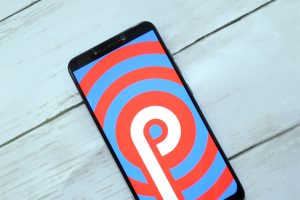 The benefits of rooting Android phones

Here’s a rundown of 10 advantages you gain when you root your Android phone:

With great power comes great responsibility, as superheroes like to remind us time and again. It’s only right to familiarize yourself with the risks involved in rooting your Android phone. It can, for instance, brick your device and result in misoperation.

The risk is pretty high among first timers, so make sure to learn from detailed online tutorials before rooting. Also make it a point to always getting your apps from reliable sources like Google Play.

Another massive disadvantage of your rooting your device is losing its warranty, as phone makers won’t cover damage that arises from rooting. Update problems can also occur in rooted phones, where automated firmware updates may fail to work.

There are people who put a premium on true openness and control, and we’re not about to judge or question you if you’re one of them. At the end of the day, rooting your Android phone is a matter of personal choice – one that should be an informed decision that has calculated the risks and figured out the true benefits.

If you answer yes to these questions:

…Then you’re probably ready to root your Android phone and reap the benefits. So good luck and we hope for the best outcomes!